Sheesh. Although there seems to be a lot of flame in this post, it was a cold, frozen month. My knees are possibly permanently bruised from kneeling on gym floors shooting so much basketball, but I'm having fun nonetheless. I'm still searching--or more like wandering--in an attempt to find myself through my work, to find my place in it, to perhaps find my "style" and my "eye" in this jumble of color and shapes and stories.

Just keep pushing. It's a matter of keeping my eye to the viewfinder and my perception wide.

I hope you enjoy! And as always, thank you for looking. 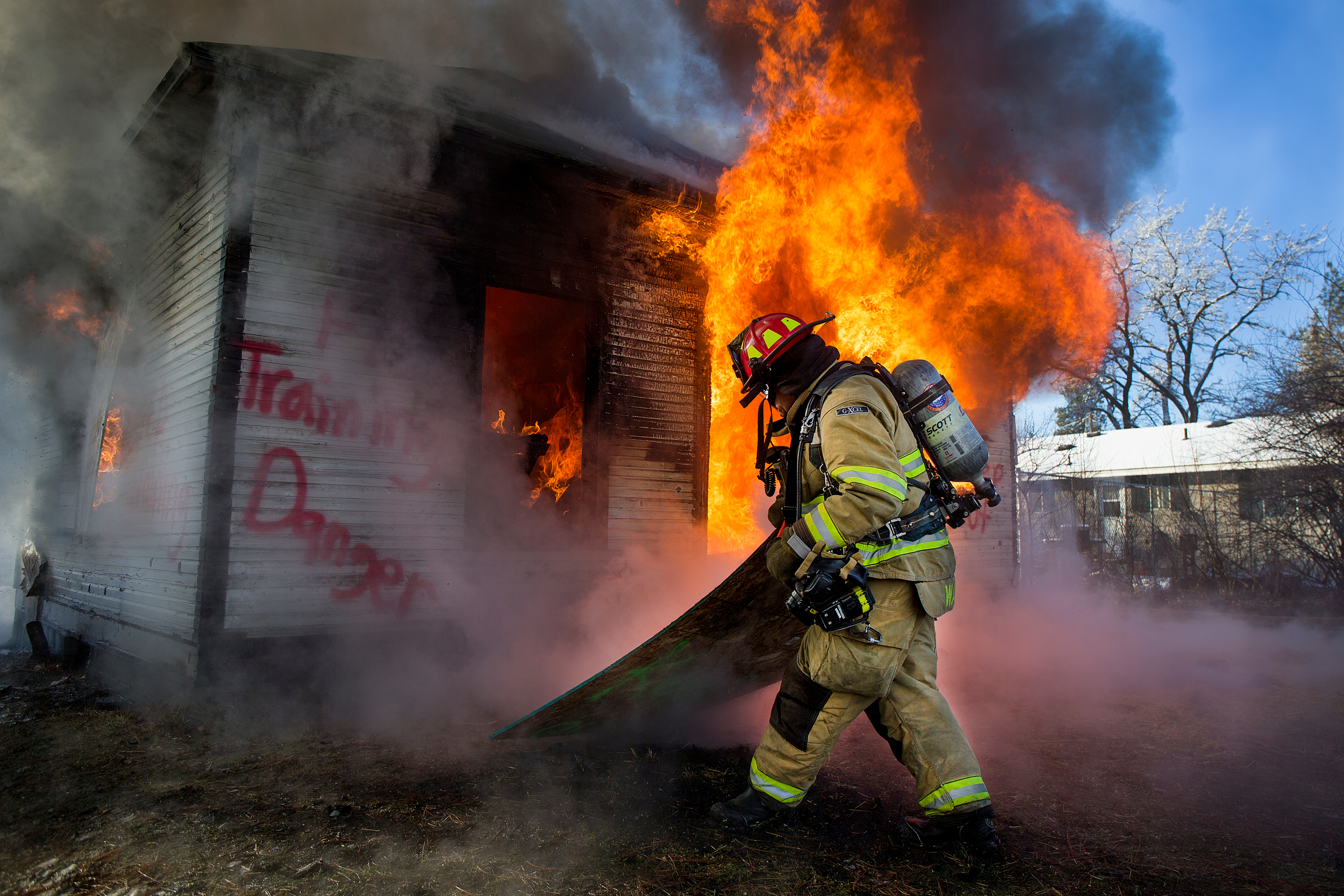 Kootenai County Fire and Rescue Lt. John Ward picks up a piece of plywood before throwing it into a burning vacant home during a training exercise on Wednesday, Dec. 16, 2015 in Post Falls. The fire department burns unwanted homes to simulate scenarios for firefighters, and to help new firefighters gain confidence while working in the extreme heat of a burning building. 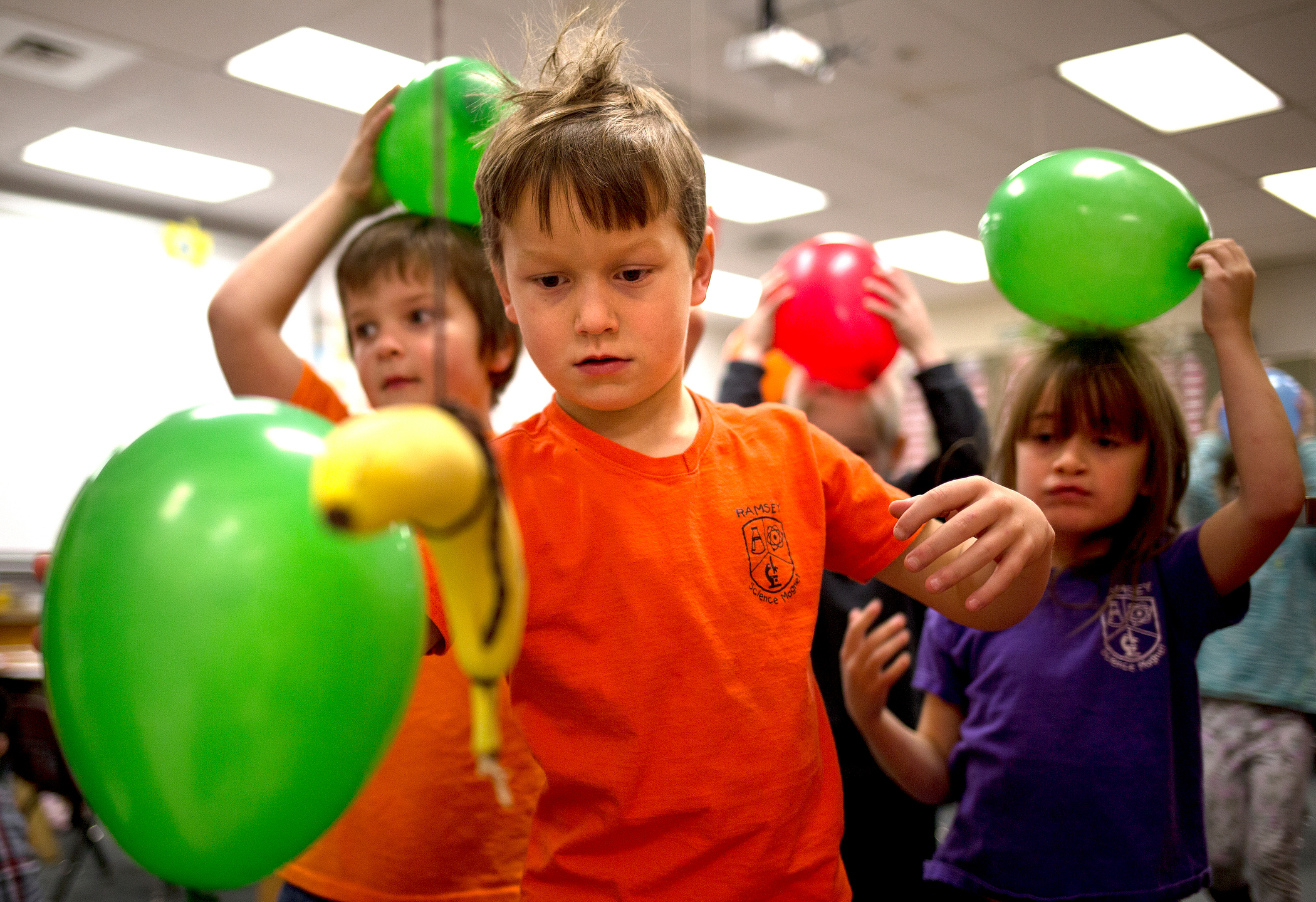 Ramsey Magnet School second grader Toby Jackson holds a balloon charged with static electricity to a banana to see if the banana moves on its own from the balloon's electrical charge on Dec. 4, 2015 at Ramsey Magnet School. All grades in the school were taking part in the school's annual Science Day, where students do hands-on labs to learn about science and its relationship to humans. 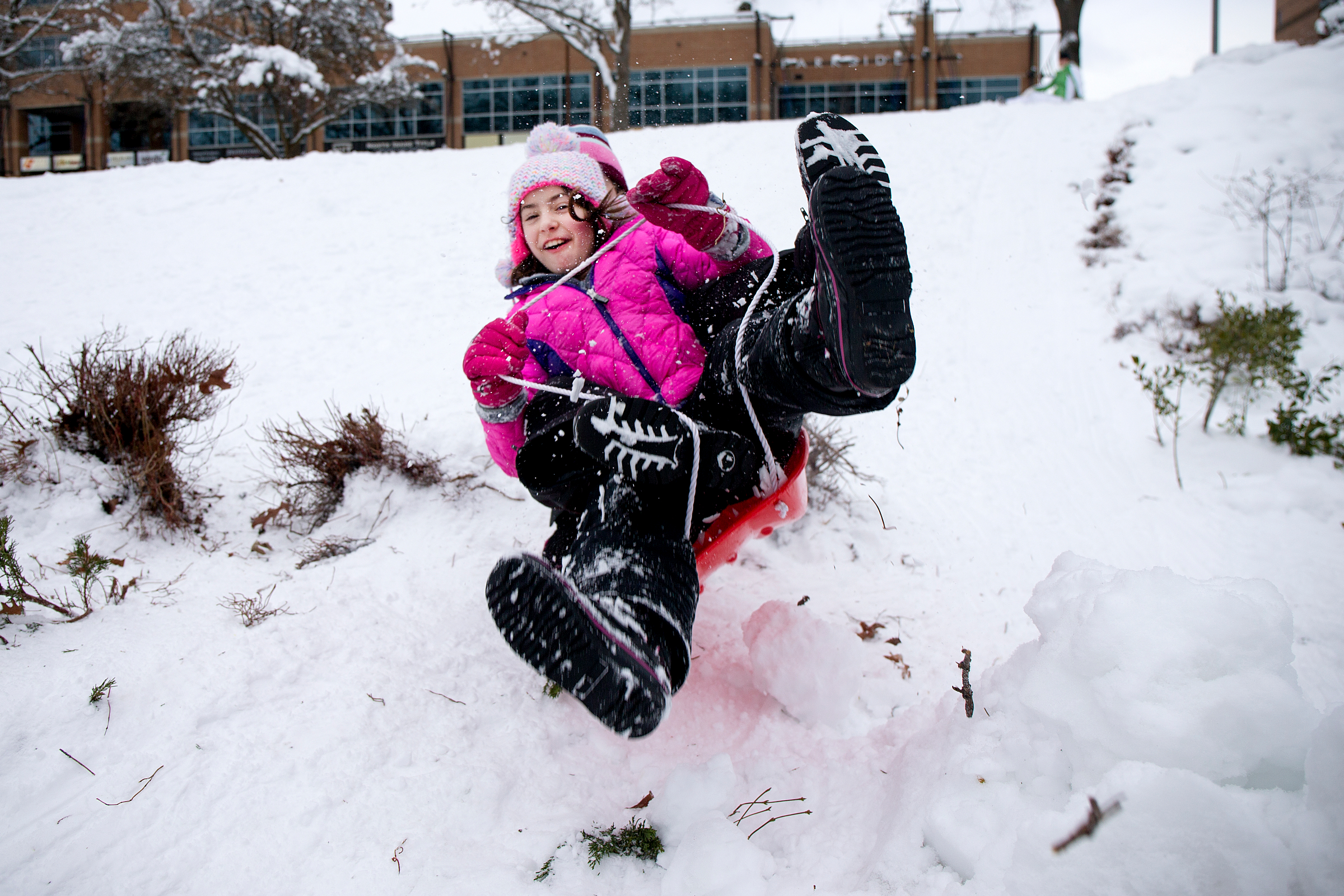 Gabby Torres, in pink, and her sister Bethany of Coeur d'Alene catch some air after rocketing over a hand-made jump on a sled on Saturday, Dec. 26, 2015 near the Coeur d'Alene Public Library. 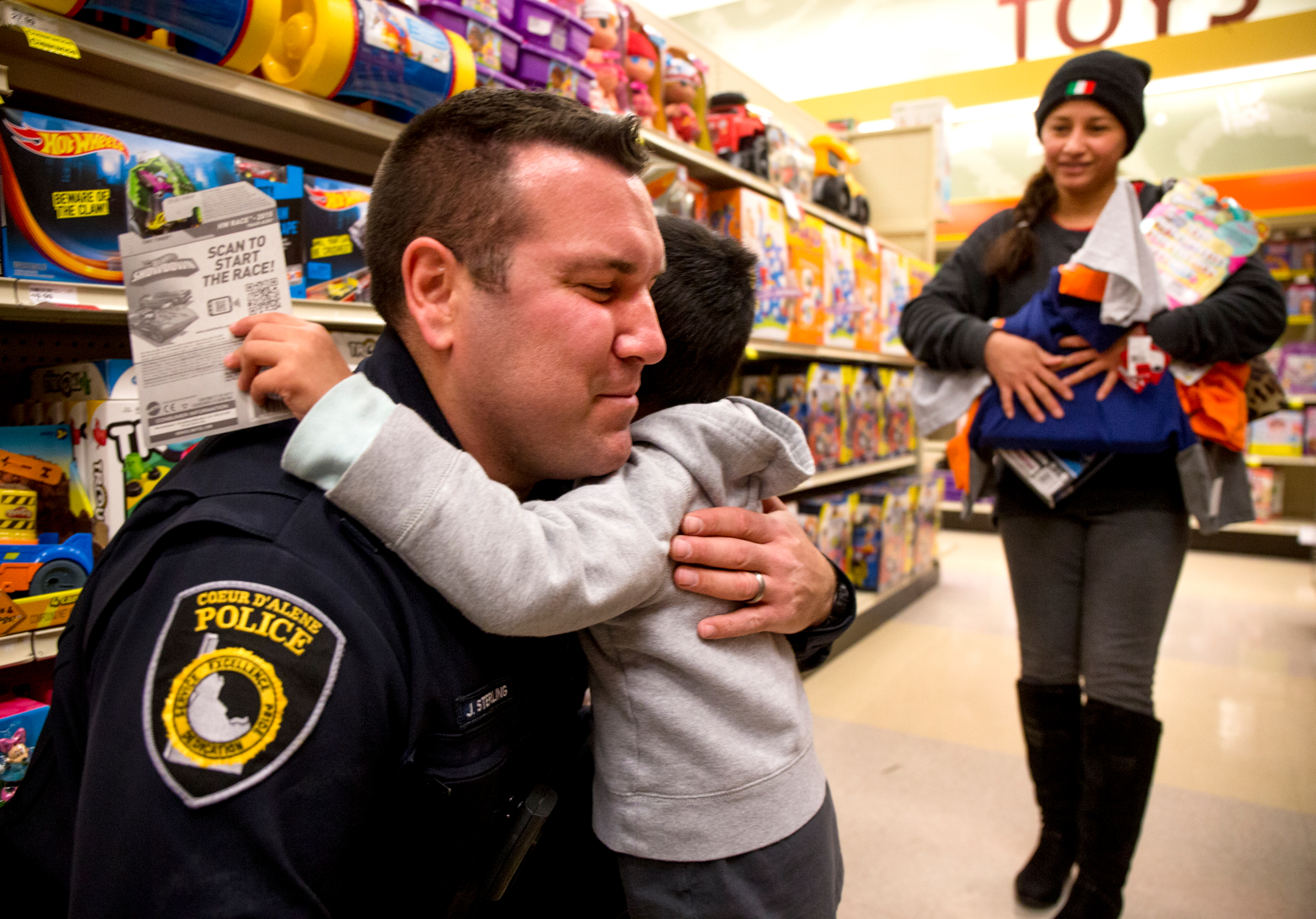 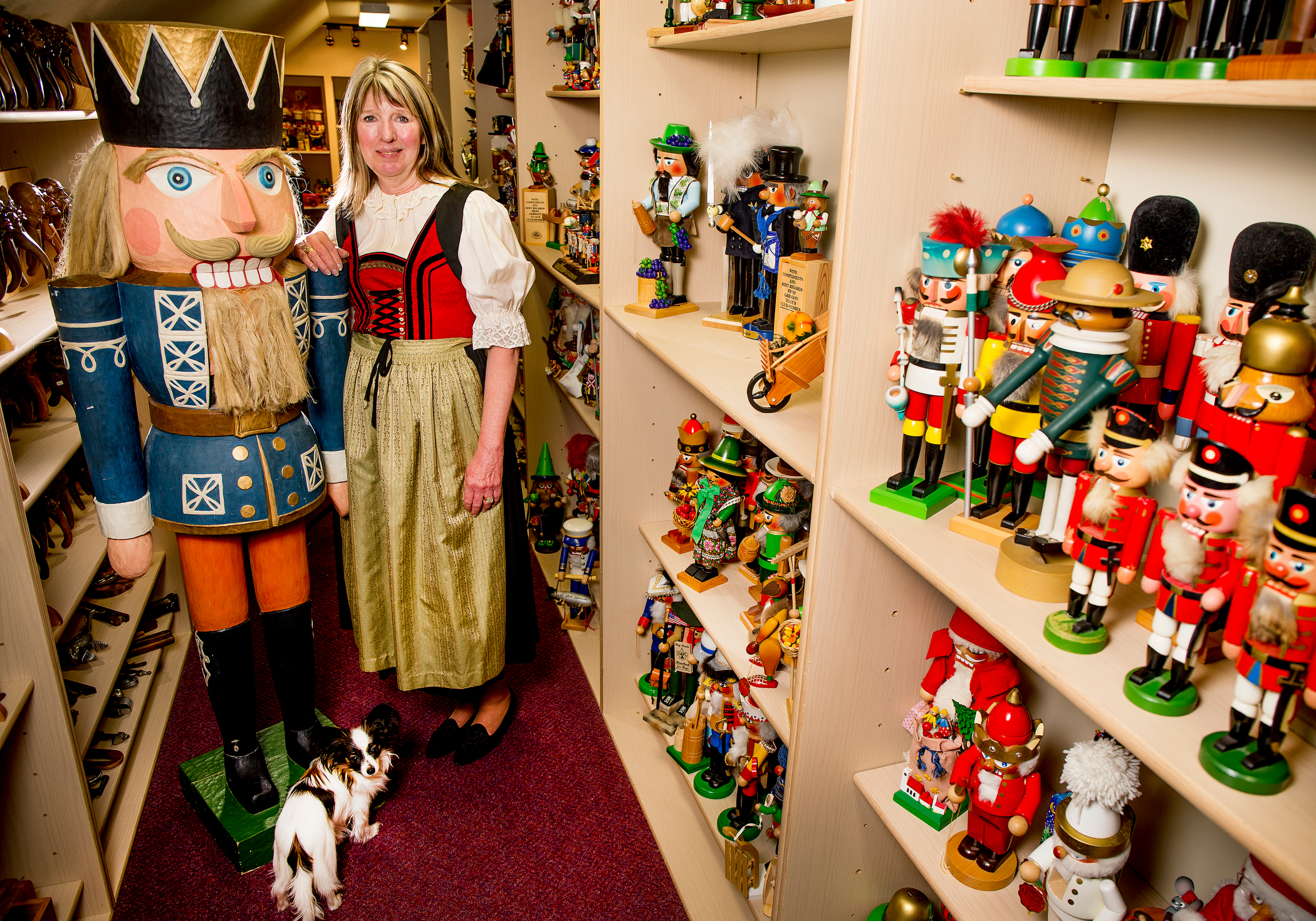 Claudia Jean Davis of Hayden Lake has the second larget nutcracker collection in the world, with more than 2,800 nutcrackers and counting. She is photographed here on Friday, Dec. 4, 2015 amongst some of her nutcrackers from all over the world--some of which are valued at more than $7,000. 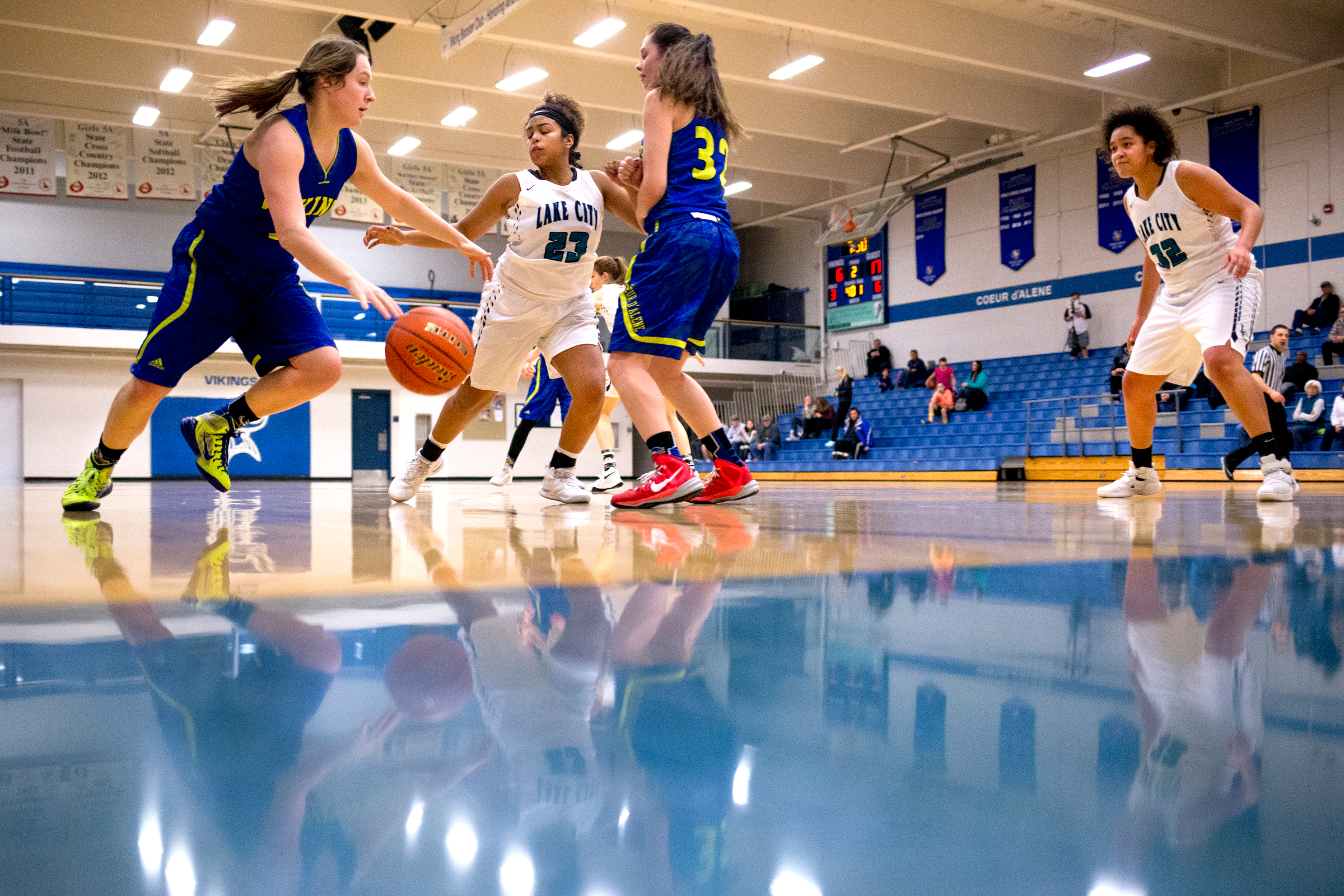 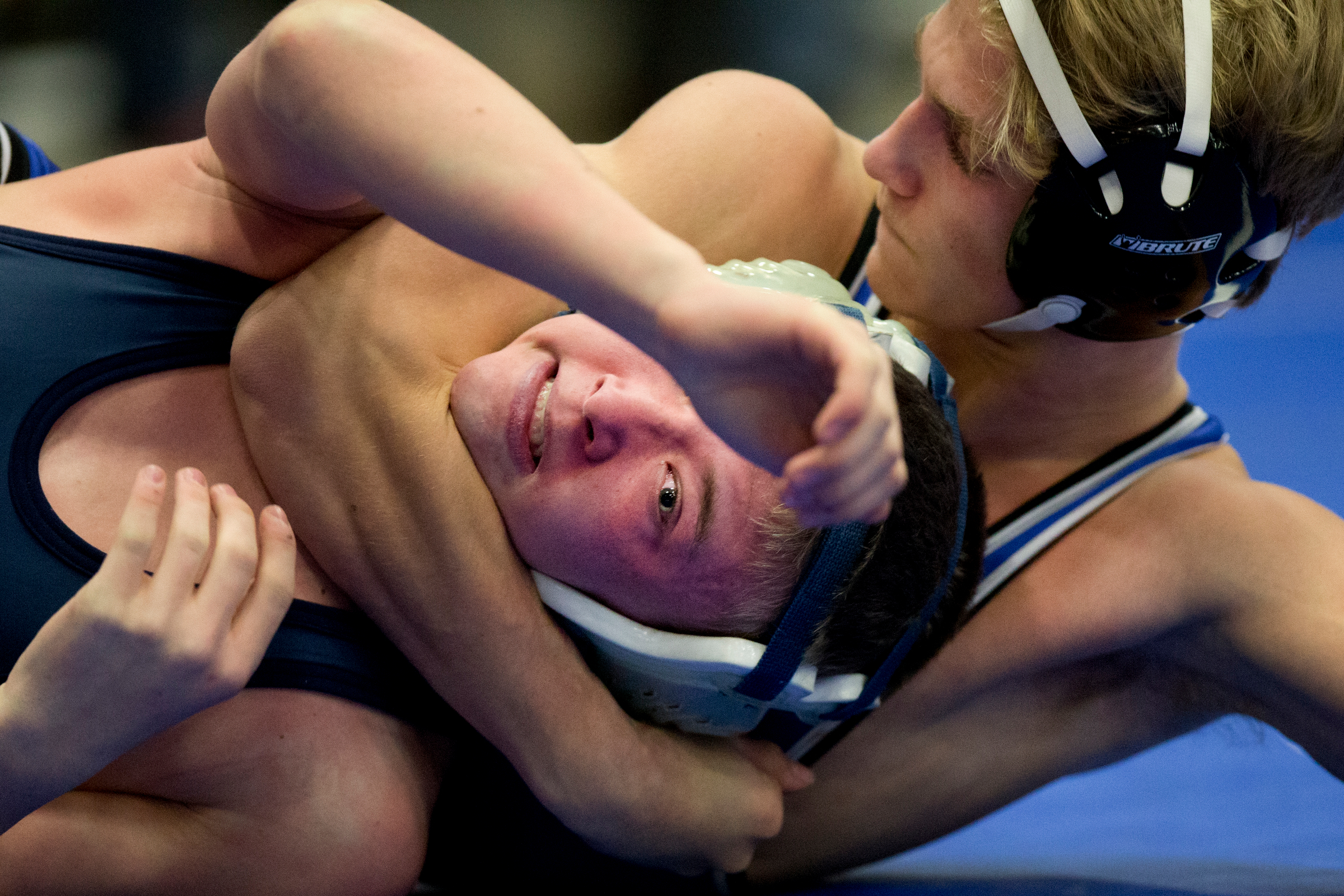 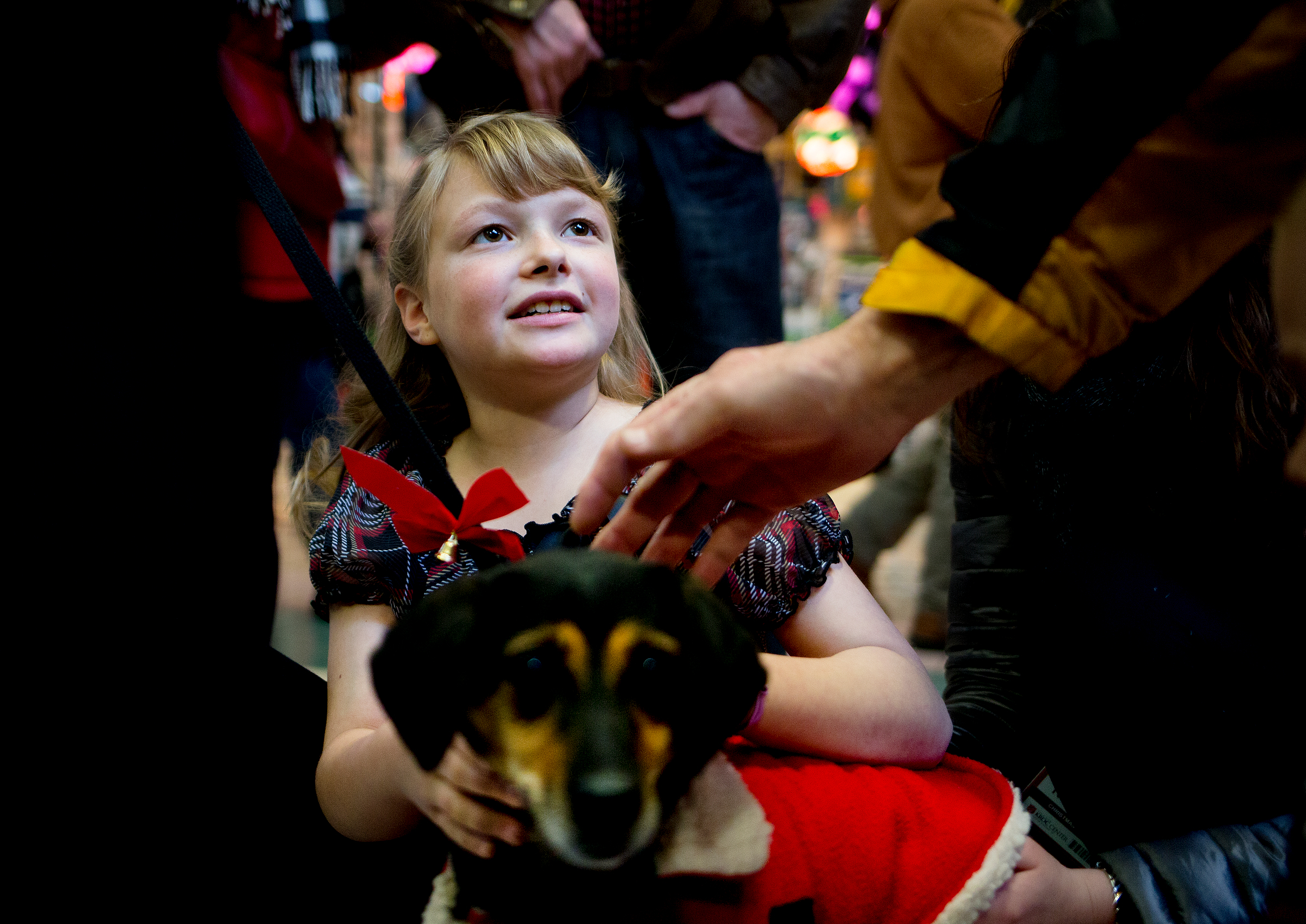 Katherine Reiswig, 9, pets Abby the Terrier Manchester during "Holiday with the Humane Society,"  a pet adoption and fundraising event on Wednesday, Dec. 23, 2015 at the Silver Lake Mall in Coeur d'Alene. Reiswig, of Coeur d'Alene, created the event in partnership with the Kootenai Humane Society. 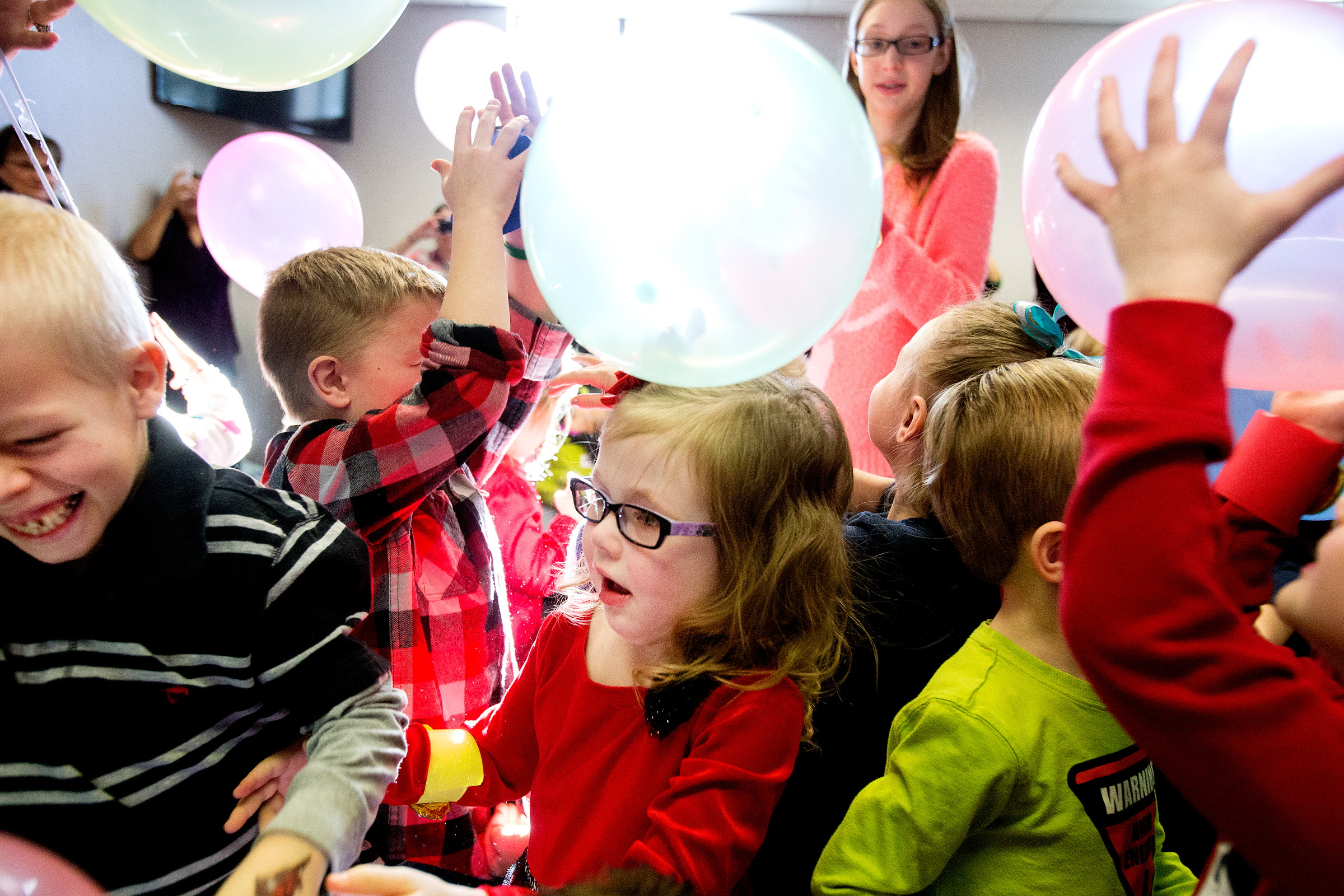 At center, Colette Collins, 3, of Coeur d'Alene, parties with other kids her age as they ring in the new year at noon at the Noon Year's Eve celebration on Thursday, Dec. 31, 2015 at the Hayden Public Library. 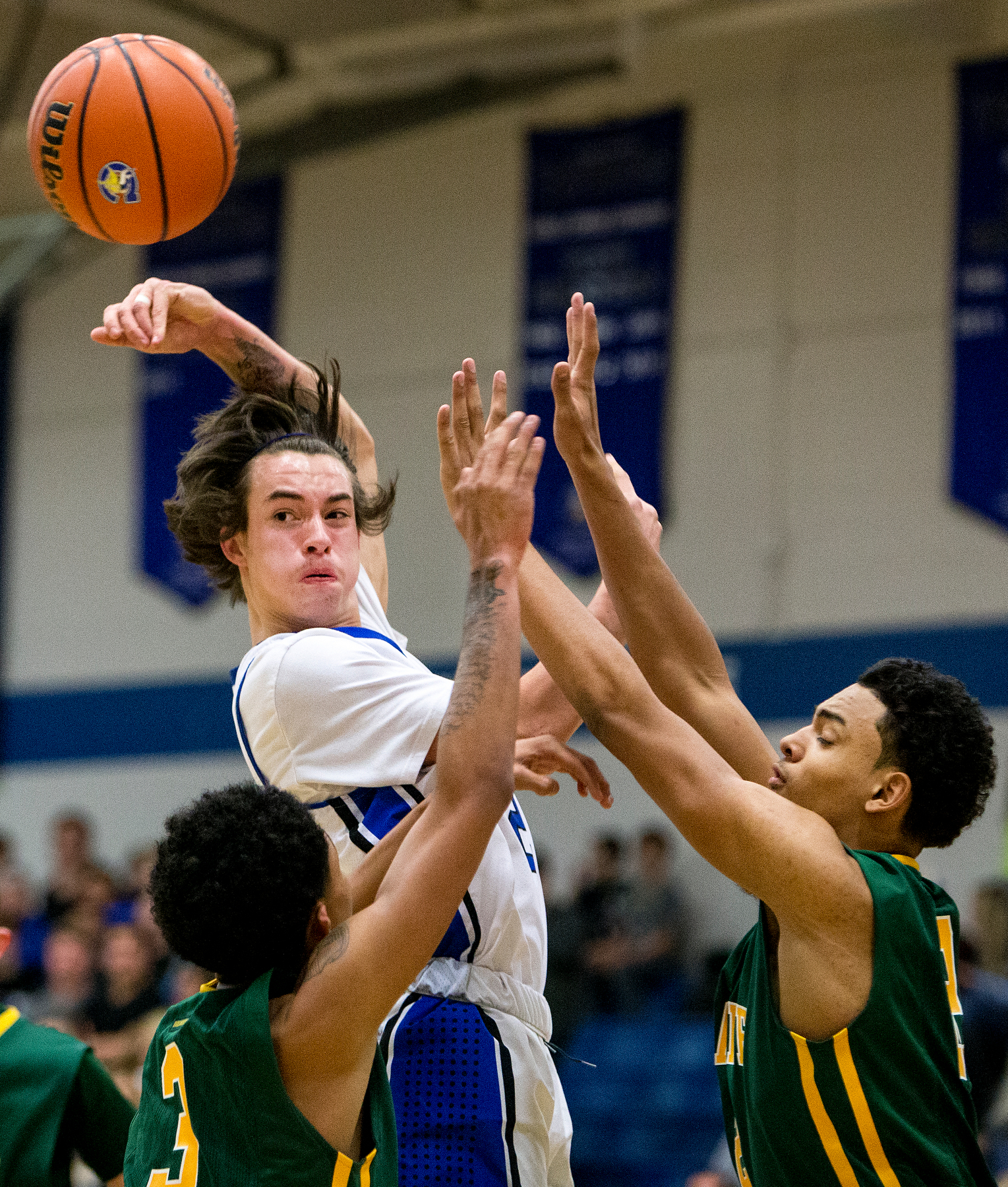 Coeur d'Alene's Brody Lundblad gets a pass off as Shadle Park's Markieth Brown (3) and Kobe Reese attempt to block it on Thursday, Dec. 3, 2015 at Coeur d'Alene High School. 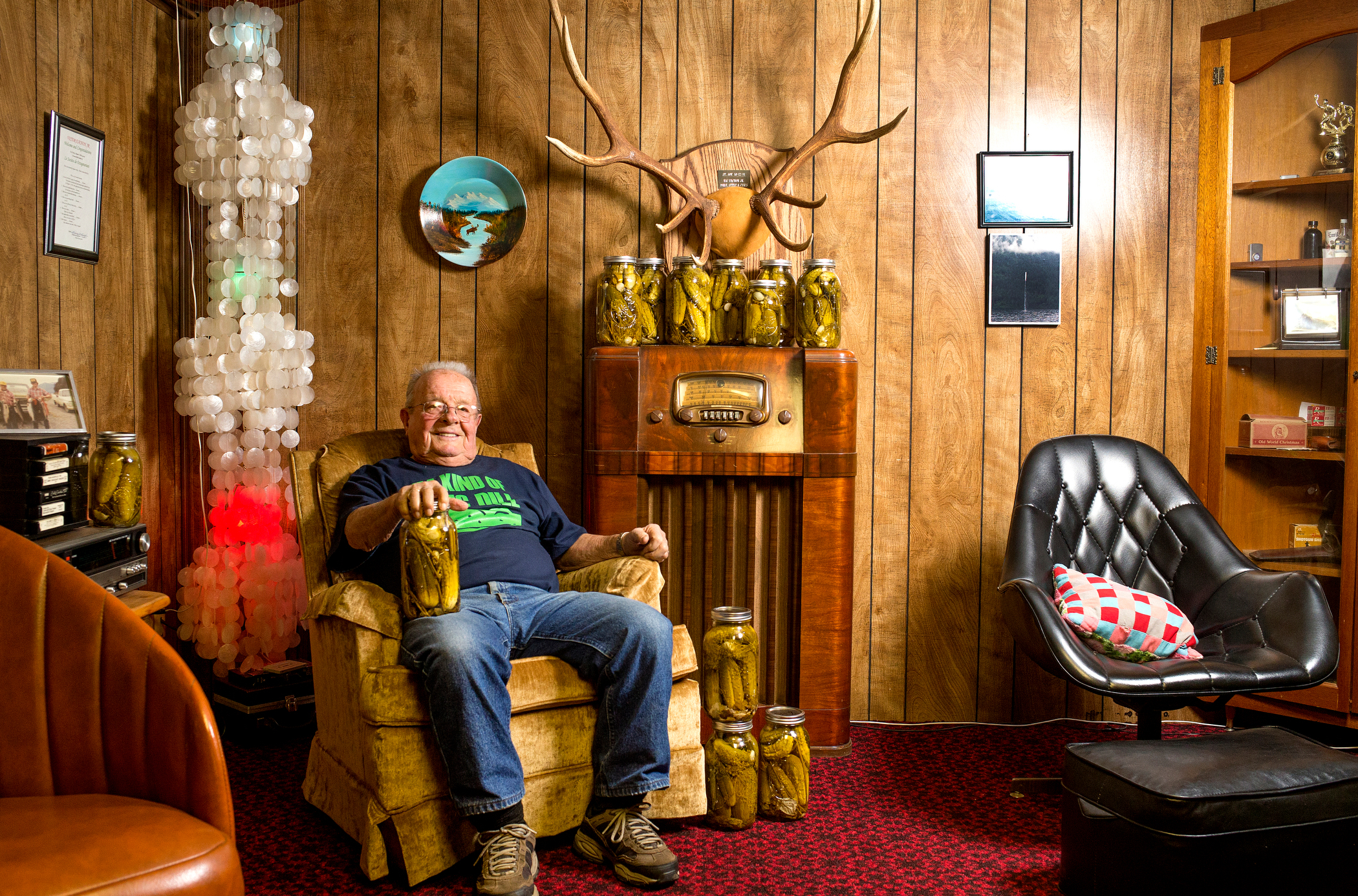 Vic Eachon, 89, cans hundreds of jars of pickles a year, and donates many to auctions to raise money for charities. Born and raised in Coeur d'Alene, Eachon helped build Farragut Naval Training Center, went to boot camp there, and helped tear down the center after WWII. He is photographed here on Wednesday, Dec. 9, 2015 in his Rathdrum home. 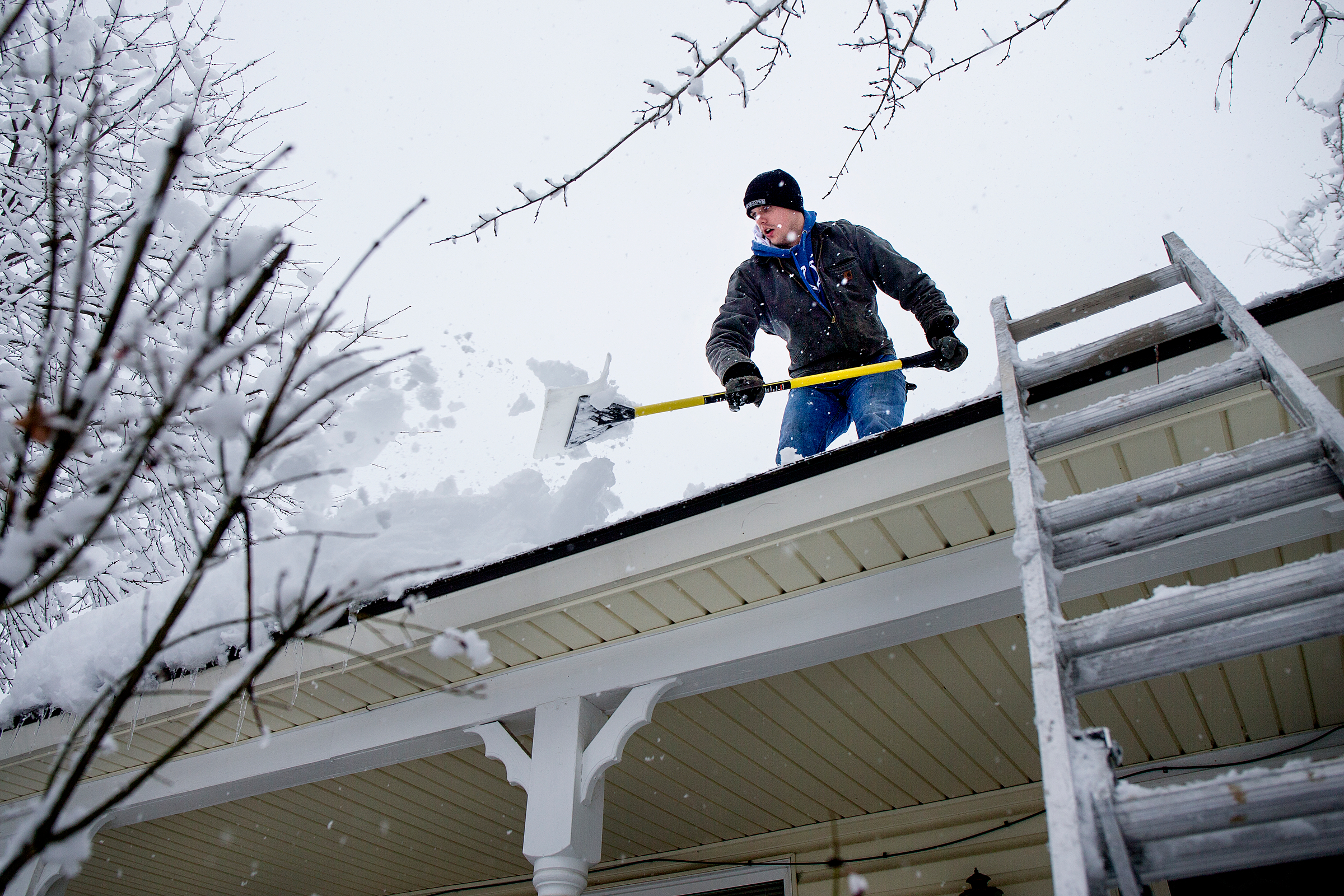 Kale Pfeifeir works to remove more than six inches of snow from the roof of a home on Pennsylvania Avenue on Wednesday, Dec. 23, 2015 in Coeur d'Alene. Pfeifeir works for Excel Property Management of Coeur d'Alene, and has been working non-stop with upkeep of more than 400 properties since the windstorm in November. 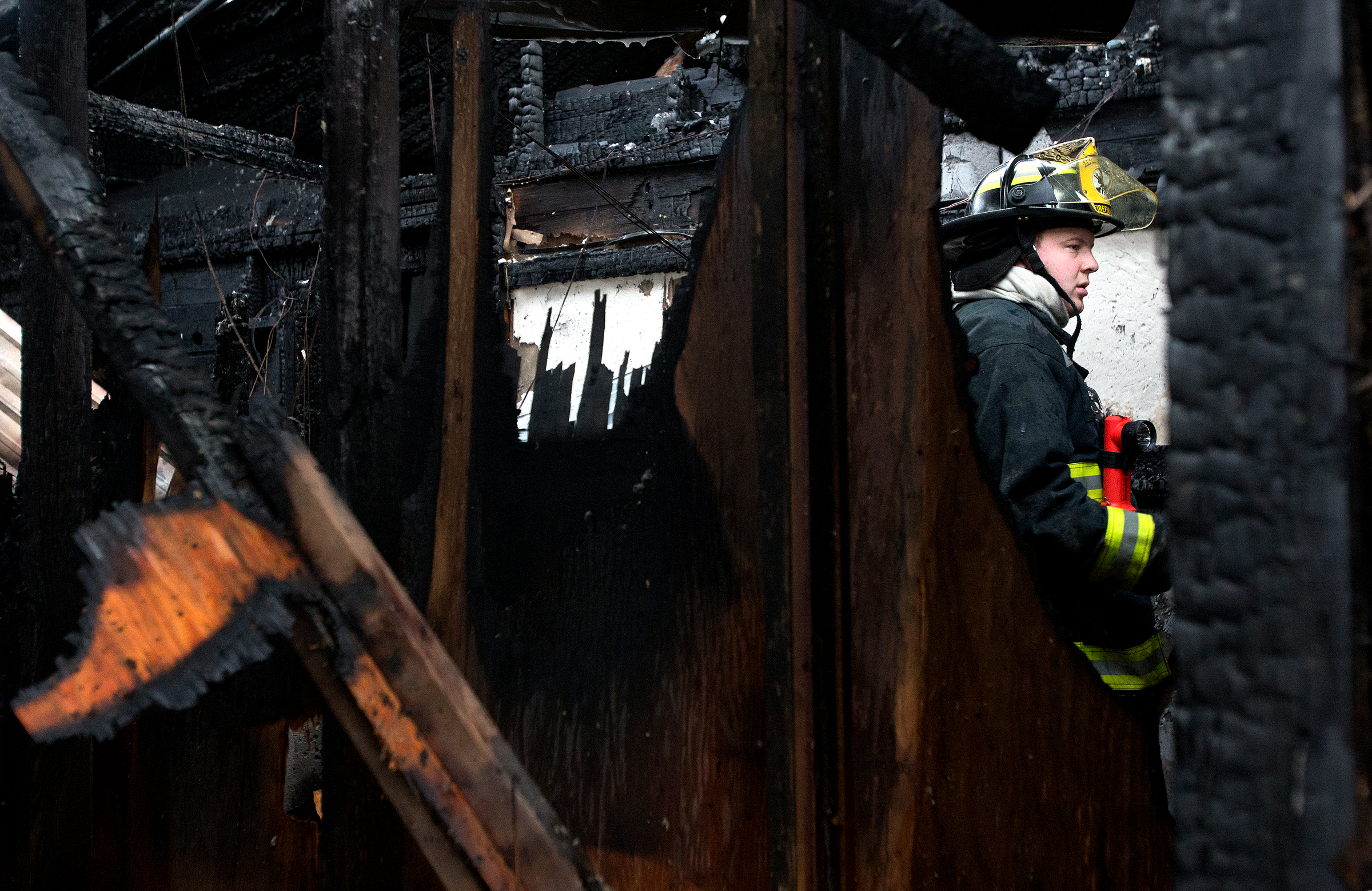 Shoshone Fire Protection District firefighter Mike North stands amongst the charred remains the home of Kevin and Amanda Boulting on Tuesday, Dec. 22, 2015 near Cataldo. The couple and their 2-year-old daughter woke early Tuesday morning to their home filling with smoke and flame, and managed to escape to safety only to watch their entire home and all their posessions burn. 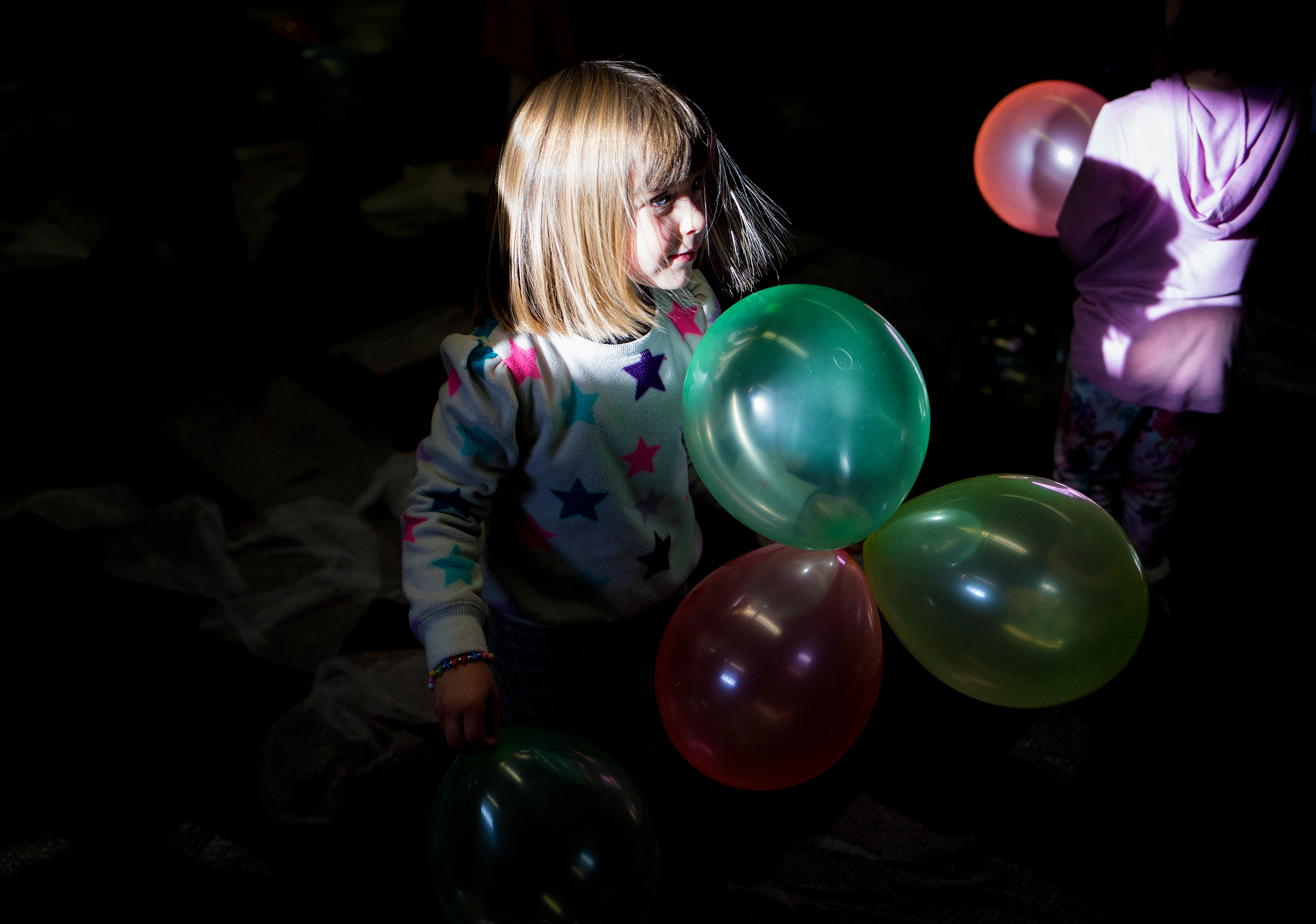 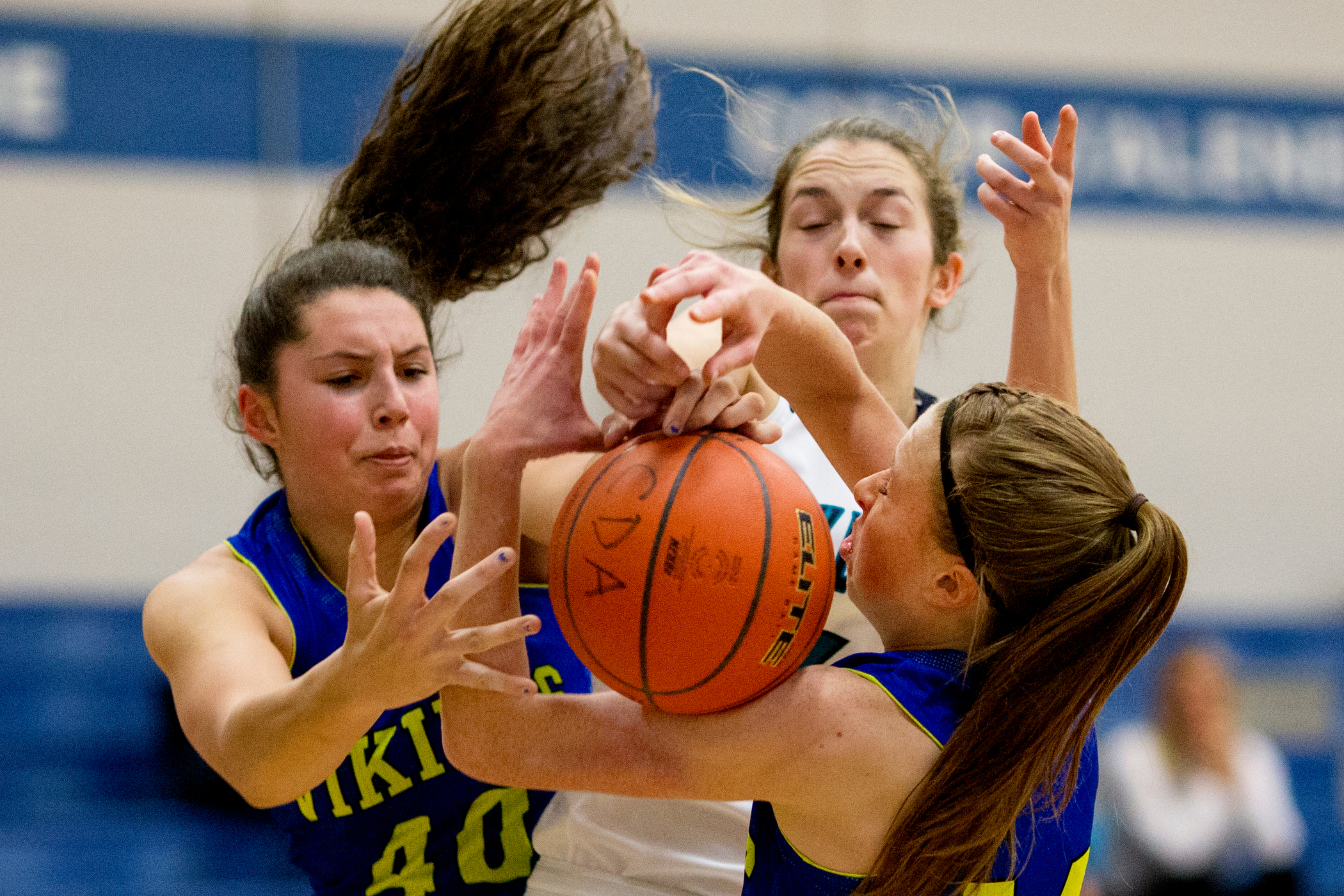 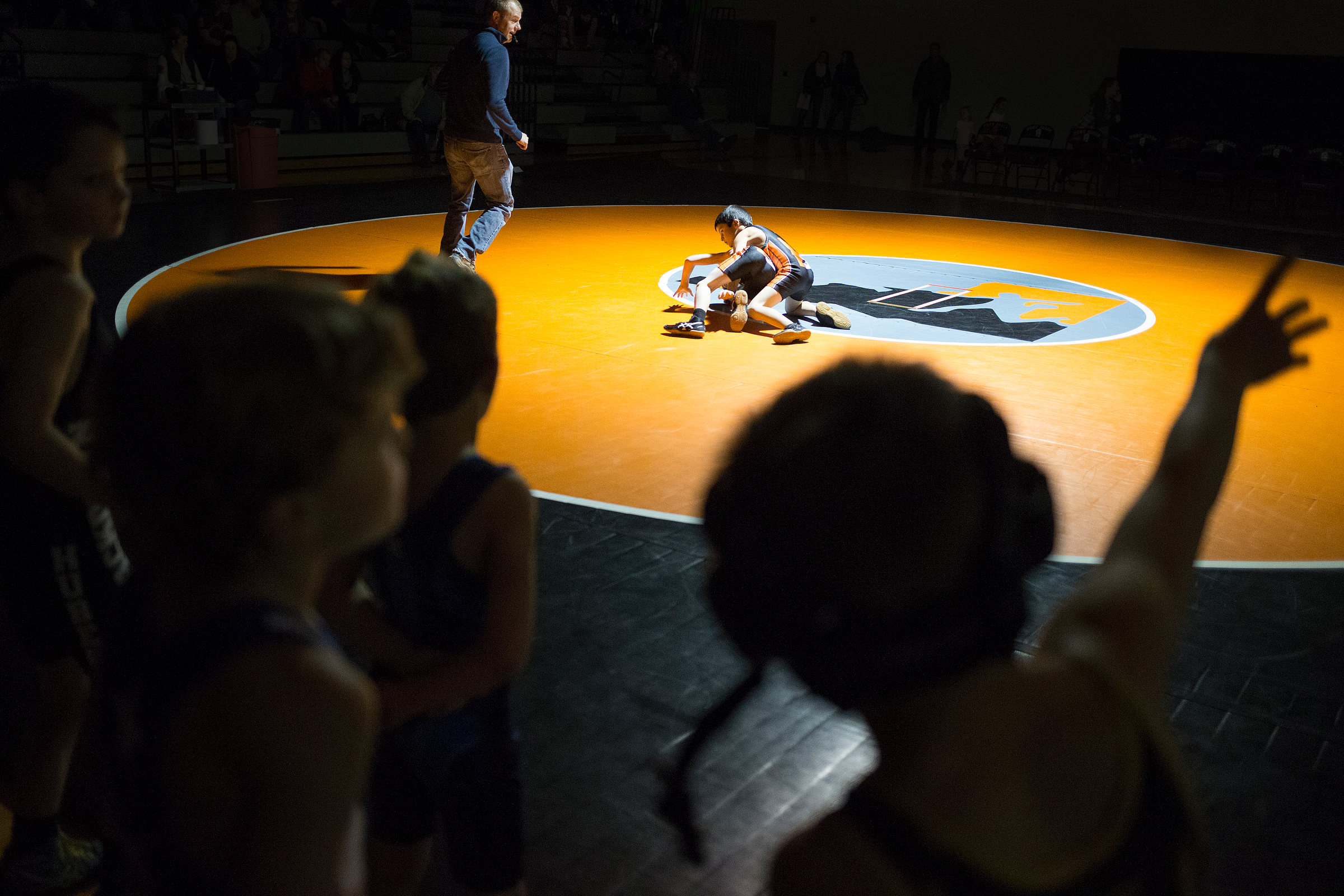 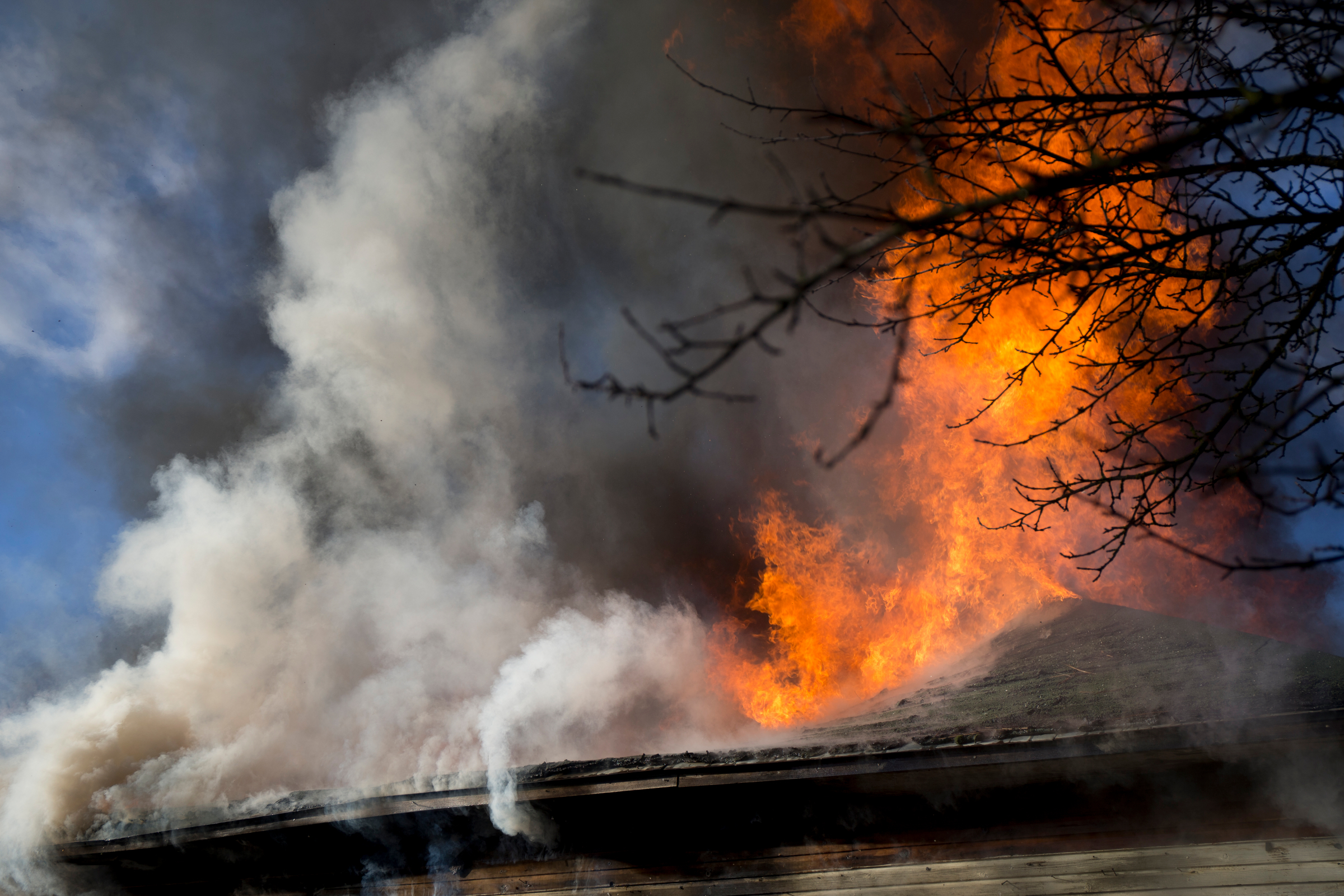