February and March 2016 | In Pictures

Well, these months were a whirlwind, to say the least. I didn't quite find the energy to make a collection of my favorite images from February, so I thought I'd combine those photos with images from March. It was an exciting time though; I flew to Boise to cover high school state boys basketball, took a different position at The Press, and literally fell on my face once or twice.

Here's some of my favorite moments from these two months, along with a word or two. There's some weird images in here, but that's a big reason why I love photography. It can get pretty damn strange by a simple crop or pop of a flash.

I hope you enjoy. 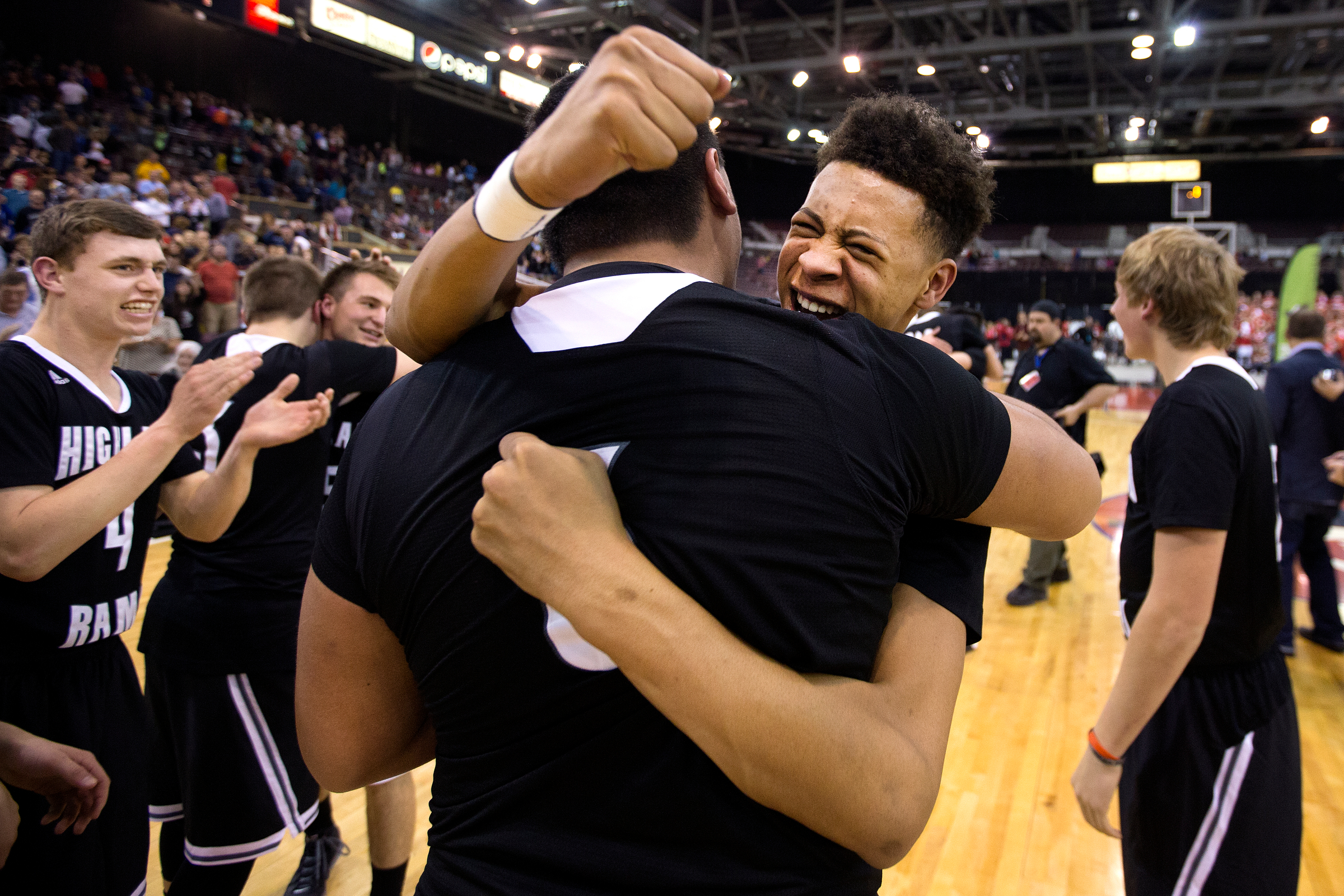 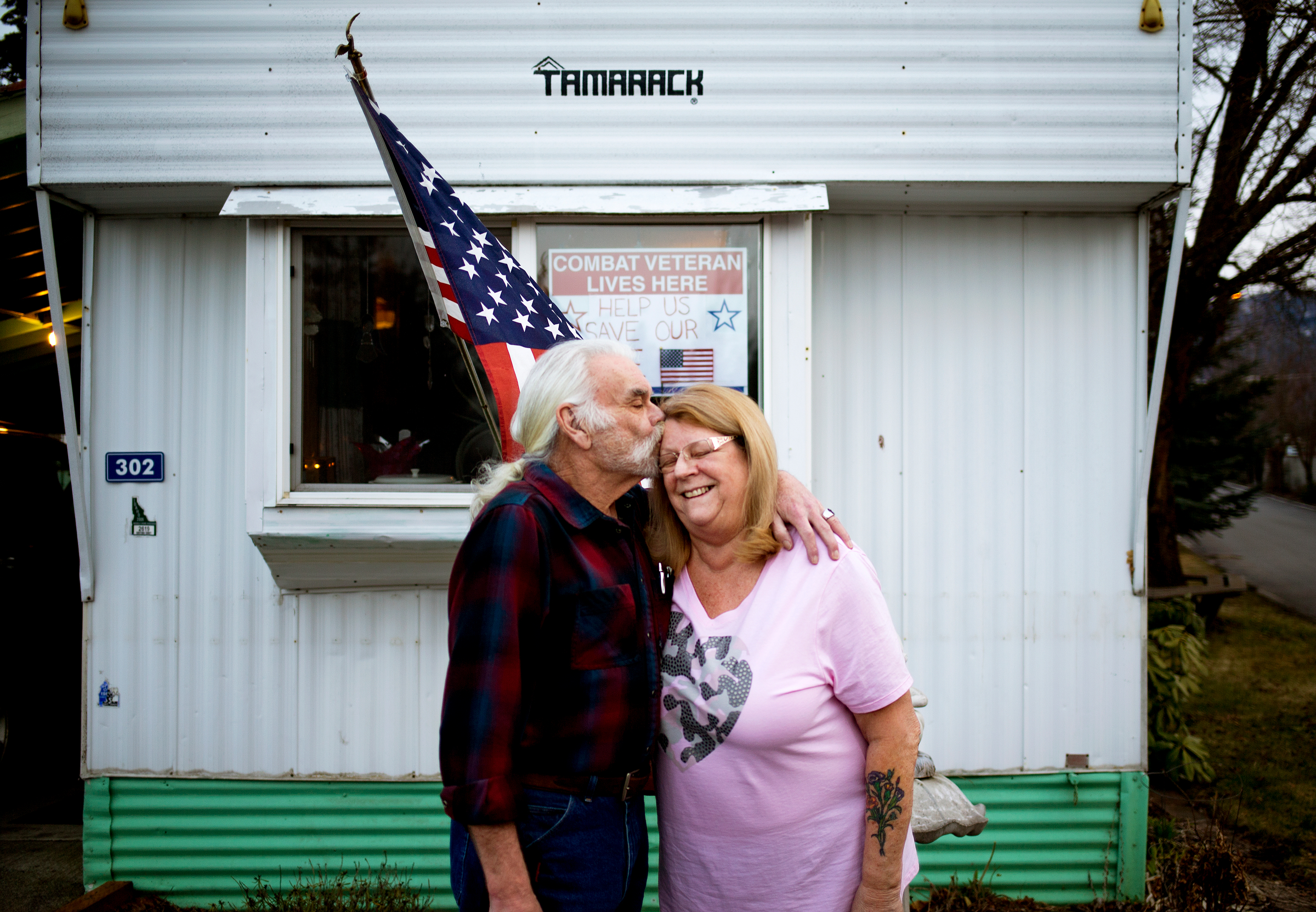 Vietnam veteran Bill Davis kisses his wife Lexey as they stand in front of their mobile home on Wednesday, March 2, 2016 in the River City Village in Post Falls. The couple, along with another veteran in the Village, was given an eviction notice without warning last December, and are still waiting for an answer as to why they are being evicted from their home of two years. 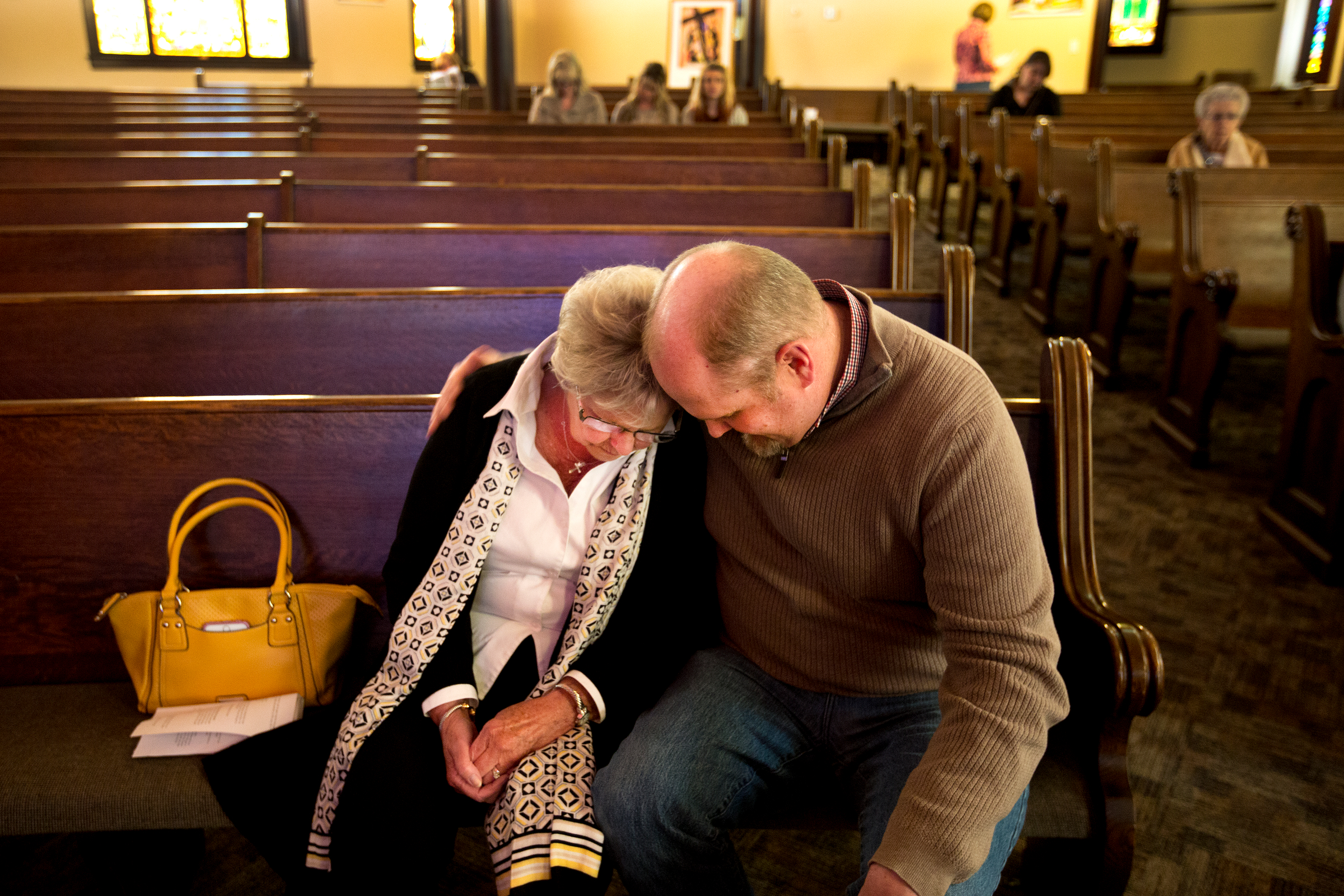 Karen Yates is comforted and offered words of prayer by First Presbyterian Church pastor Craig Sumy on Thursday, March 24, 2016 during the church's Stations of the Cross gathering in Coeur d'Alene. 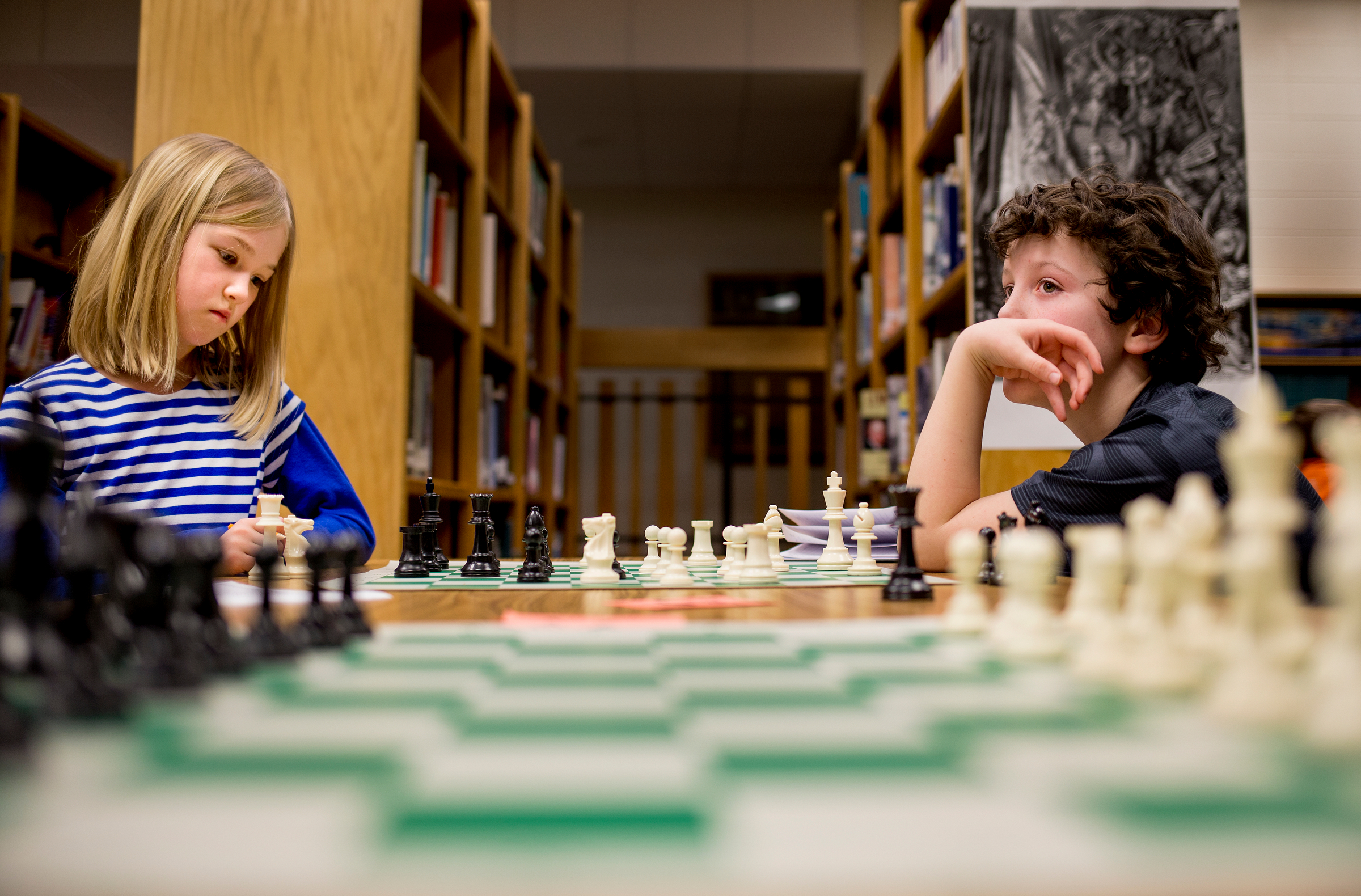 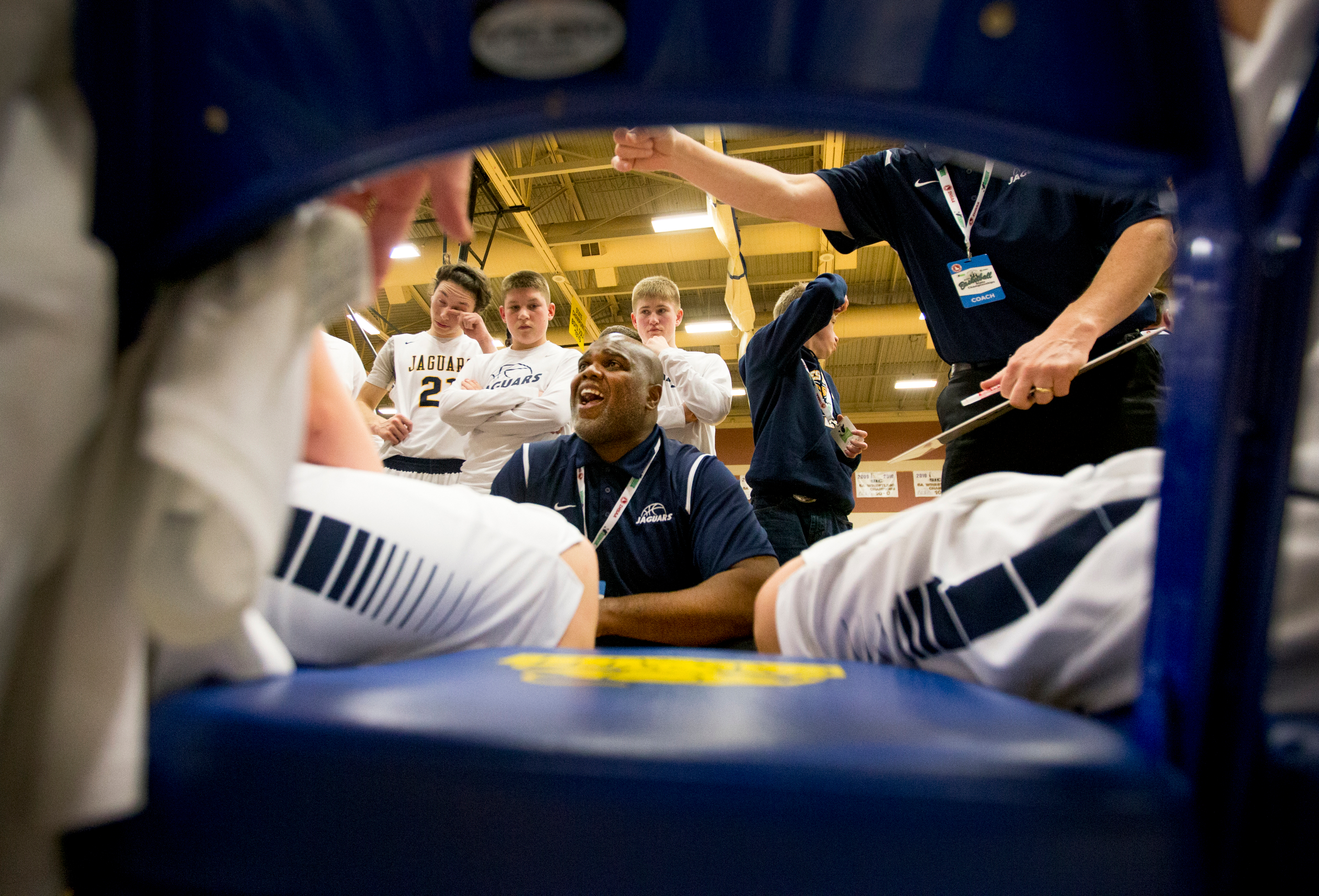 Genesis Prep head coach Marsell Colbert consults his team during a timeout in the fourth quarter at the 1A Division II semifinal game on Friday, March 4, 2016 at Caldwell High School in Caldwell, Idaho. Genesis Prep fell to Council, 48-39, ending their chance at the state title. 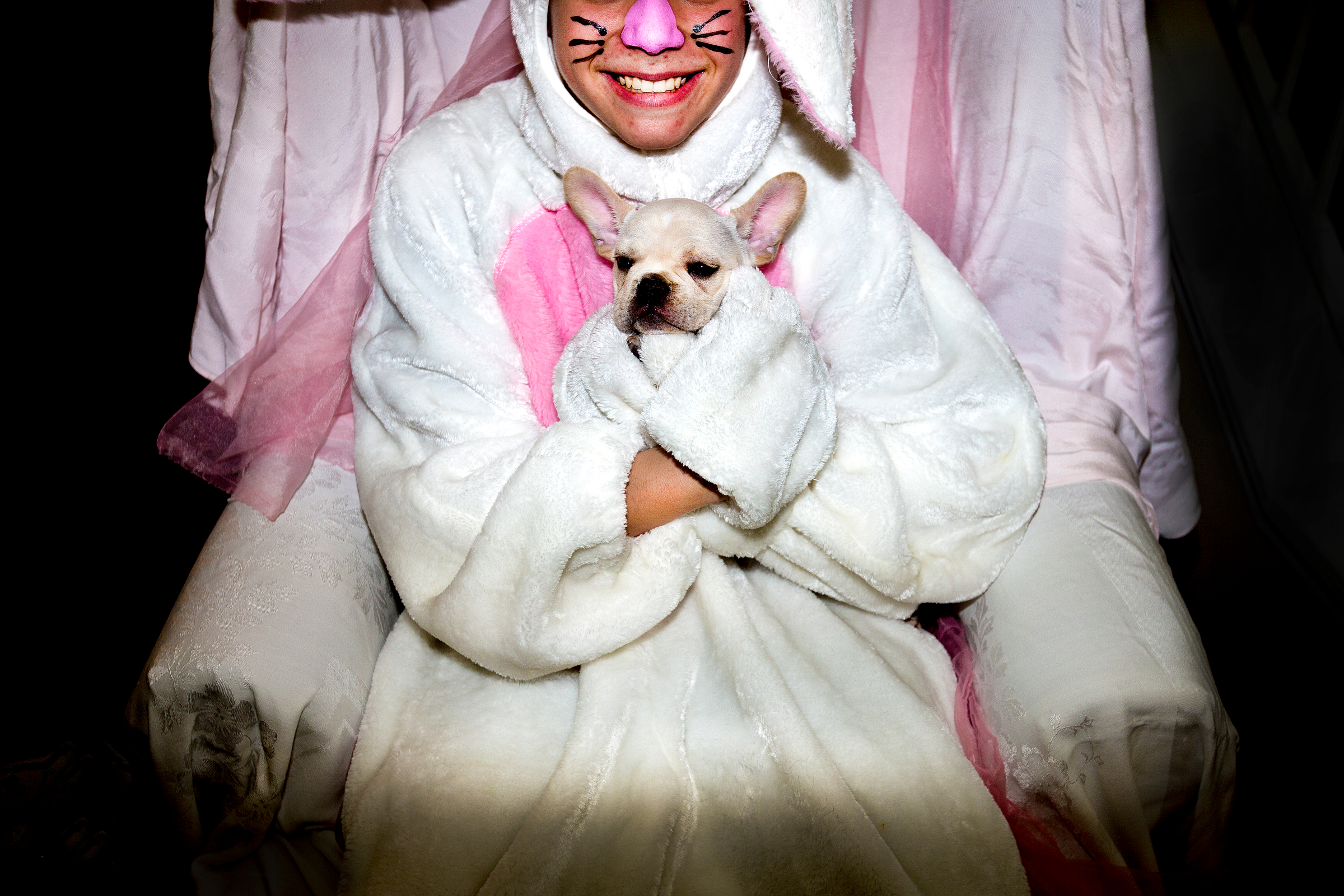 Easter Party at a retirement home. 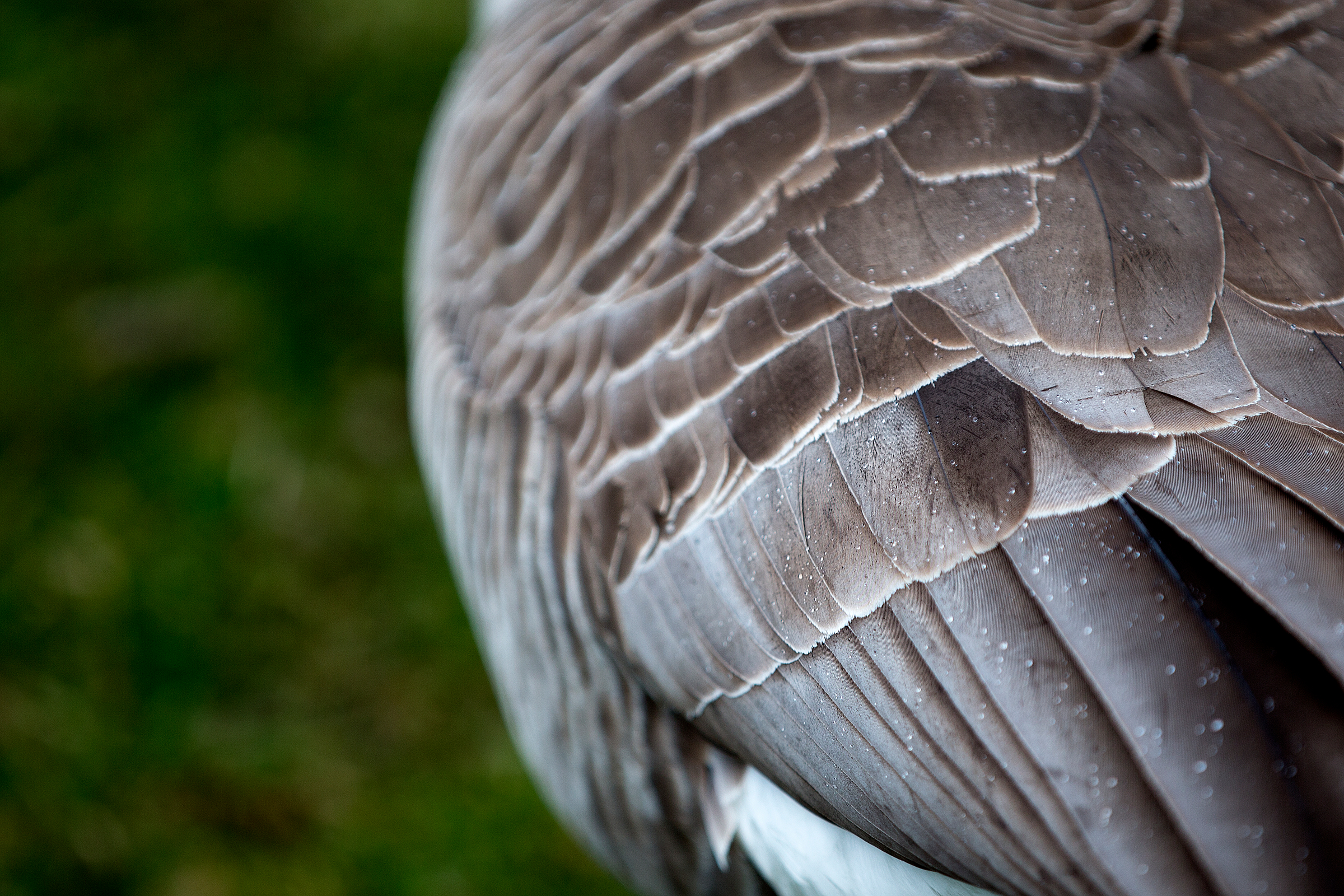 Water beads up on the feathers of a Canadian Goose. 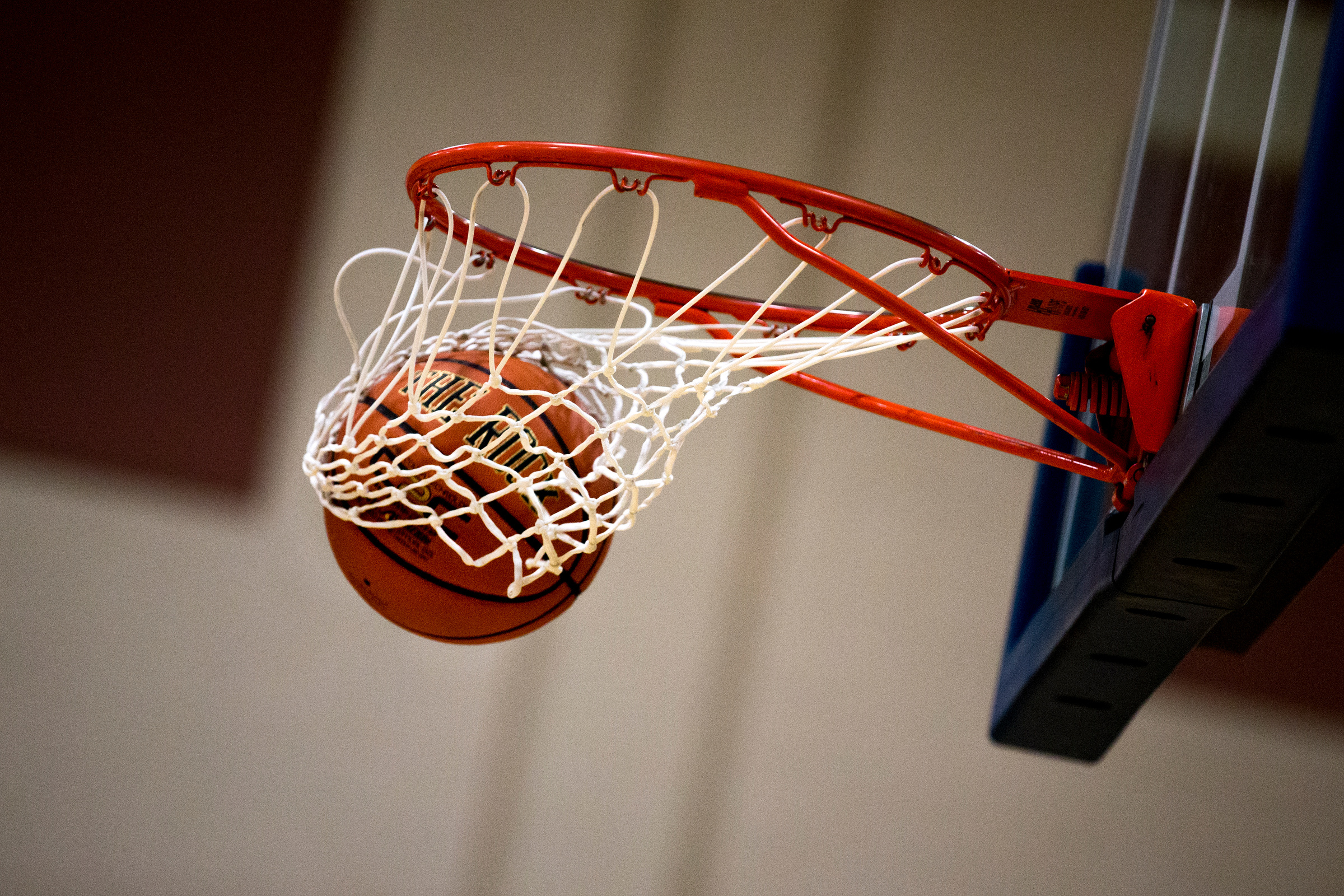 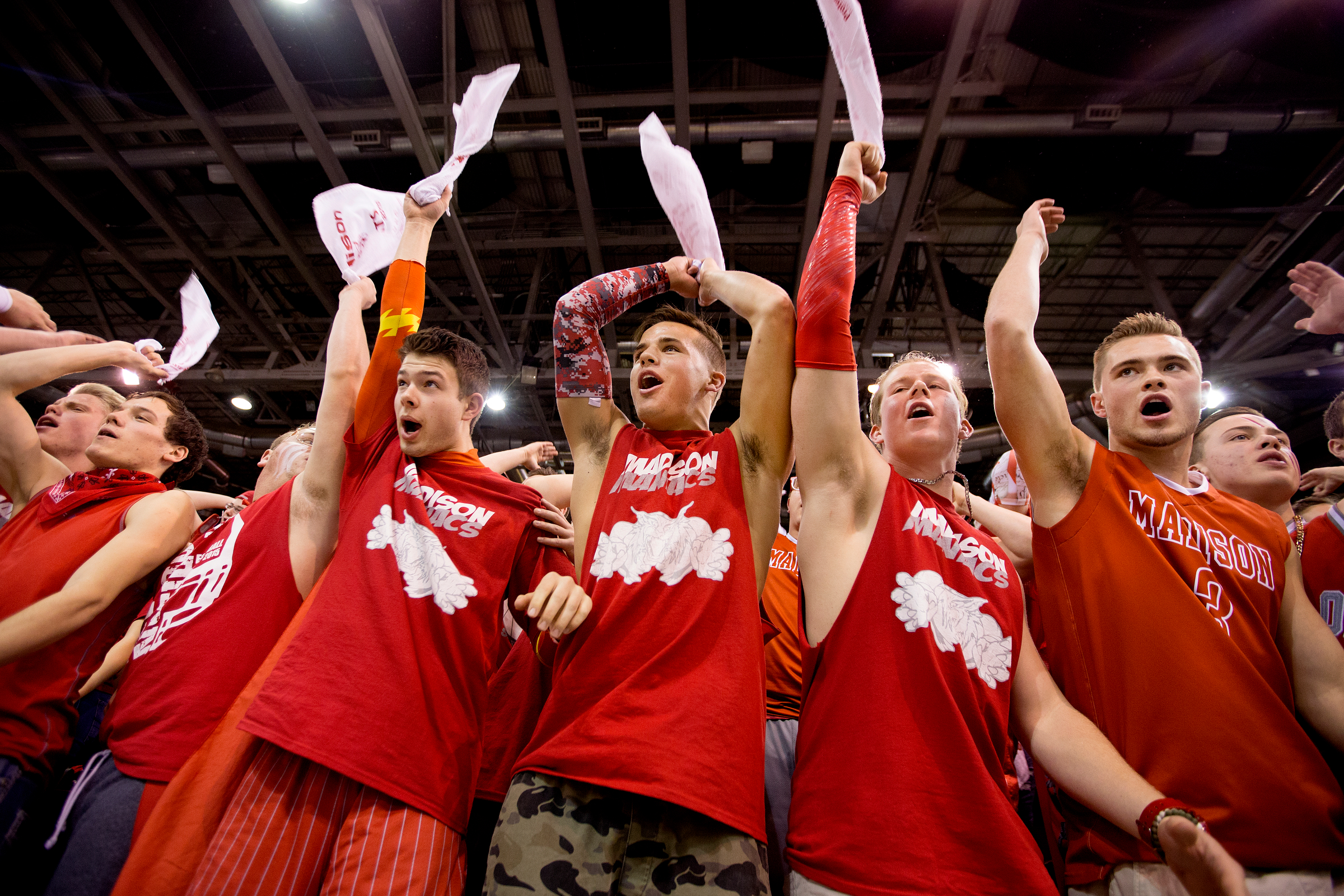 Madison High School students get riled up before their team takes on Highland at the 5A State Boys Basketball title game March 5, 2016 at the Idaho Center in Boise, Idaho. 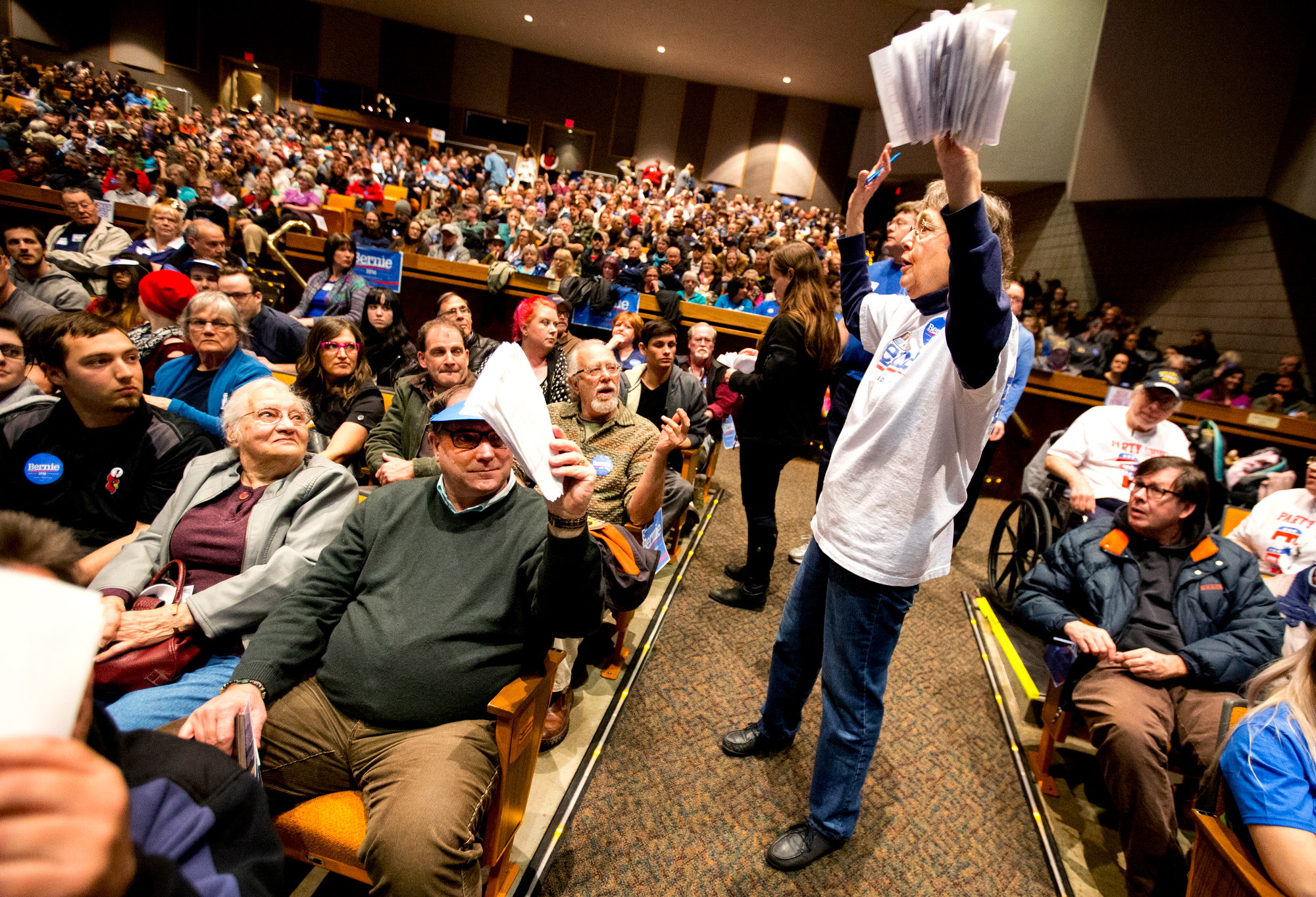 Kristy Johnson holds up ballots as she collects them from democrats casting their votes for their preferred presidential candidate on Tuesday, March 22, 2016 at the democratic caucus held at North Idaho College. About 1,150 people showed up to caucus; Bernie Sanders beat out Hillary Clinton for the democratic delegates in Idaho. 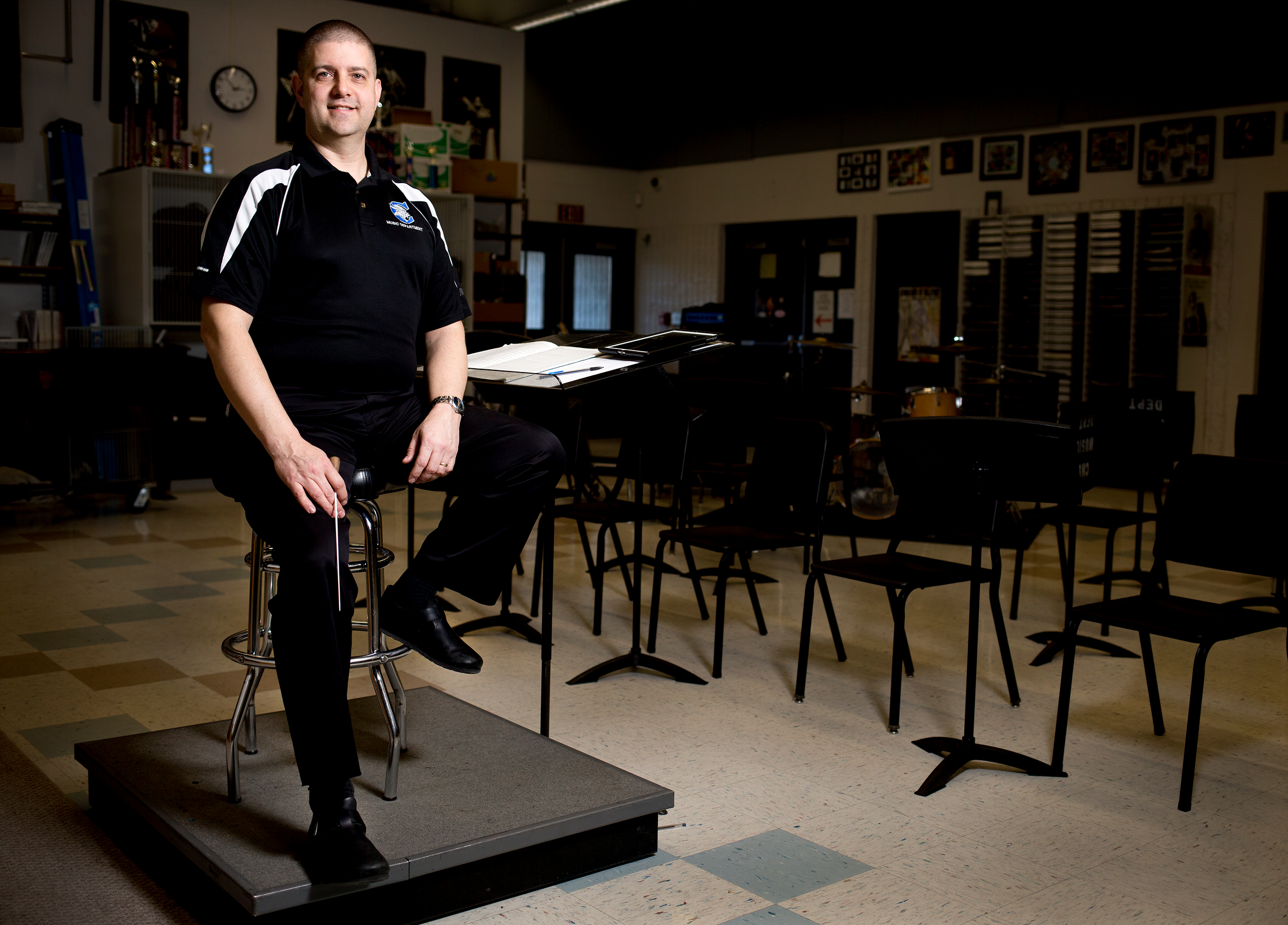 Jim Phillips is now in his eighteenth year as the fourth music director for Coeur d'Alene High School. In addition to teaching, he performs regularly with the Coeur d'Alene Symphony and the Bob Cunrow Big Band. 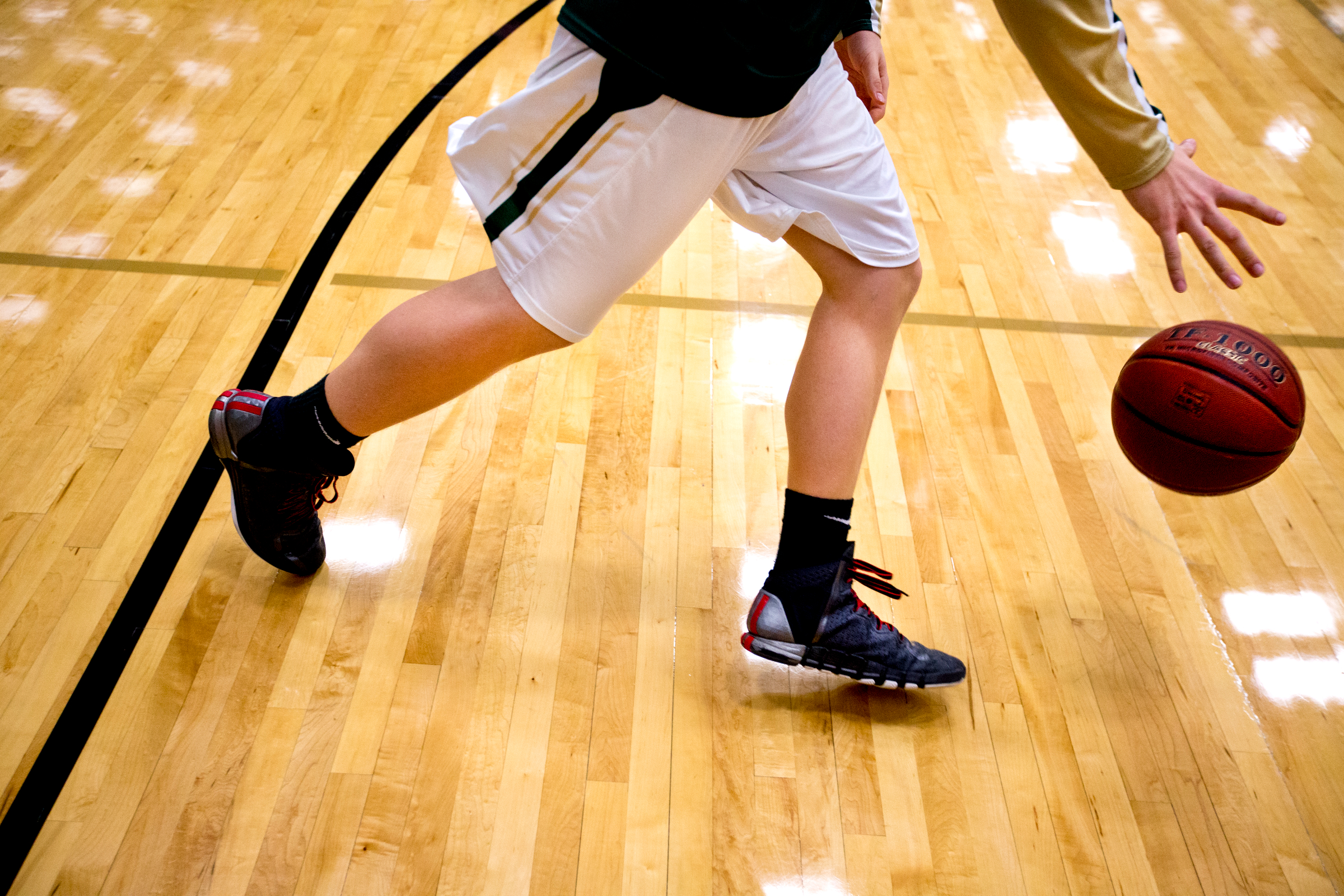 Shawn Gust, who I had the amazing opportunity to learn from and produce all the visuals for The Coeur d'Alene Press with for more than eight months, took the chief photographer position at The Yakima Herald in March. He deserves it and he's already begun to create some stellar frames over there. That said, I was promoted to chief photographer, the position he held at the Press for a number of years. I'm incredibly excited for the opportunity to run the visuals for the paper and can't wait to continue my growth as a photographer as well as an editor. But wow... I'm so humbled to take this position. 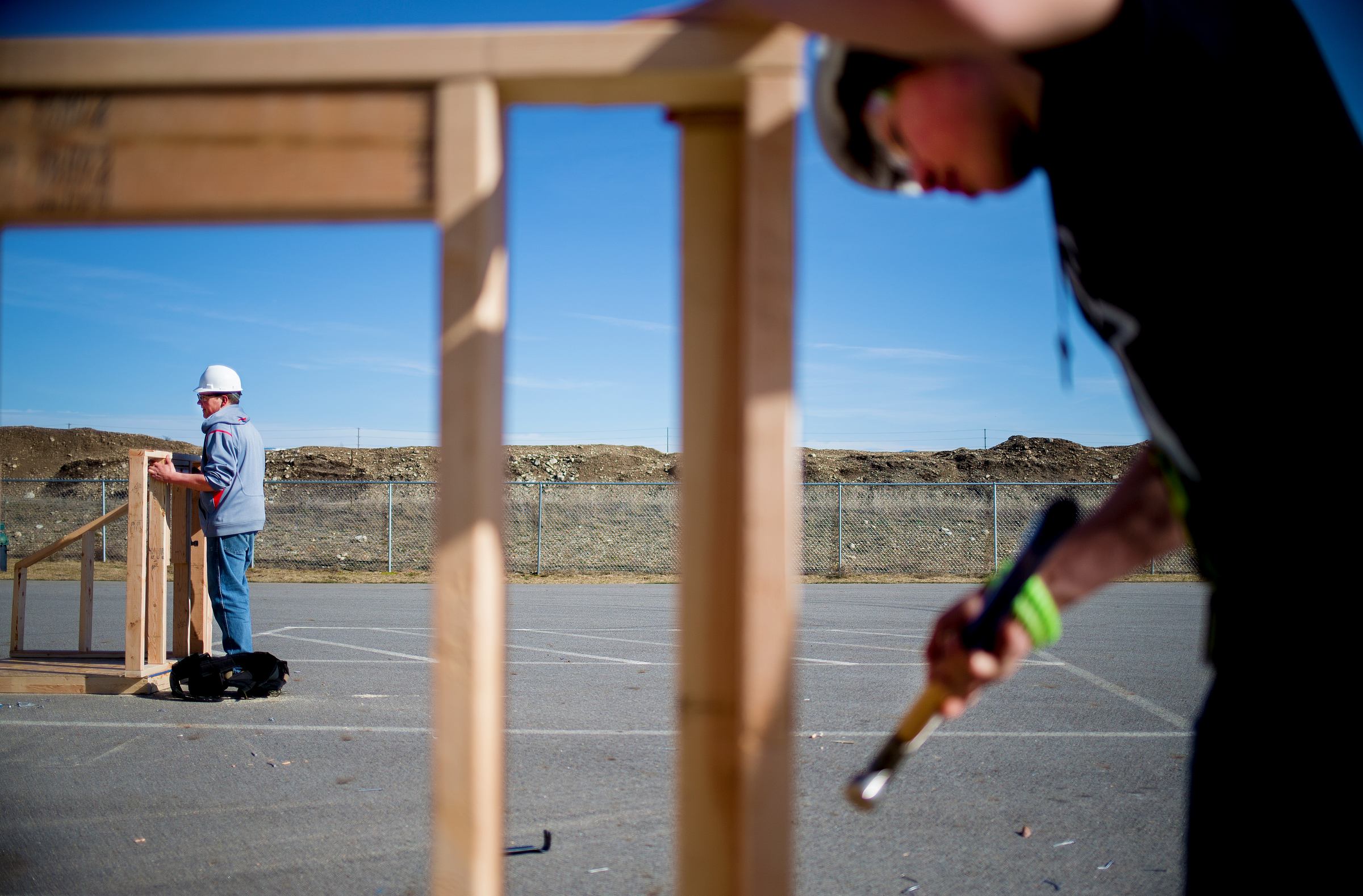 Kootenai Technical Education Campus student Caleb Search, left, and Post Falls High School student Ethan Litz build a "problem frame" on Friday, Feb. 26, 2016 during a building skills competition at Kootenai Technical Education Campus in Rathdrum. The competition between the two schools involves students using their construction skills to build a certain object in an allotted amount of time. The two top-placing students from each high school will move on to the state competition in April in Boise. 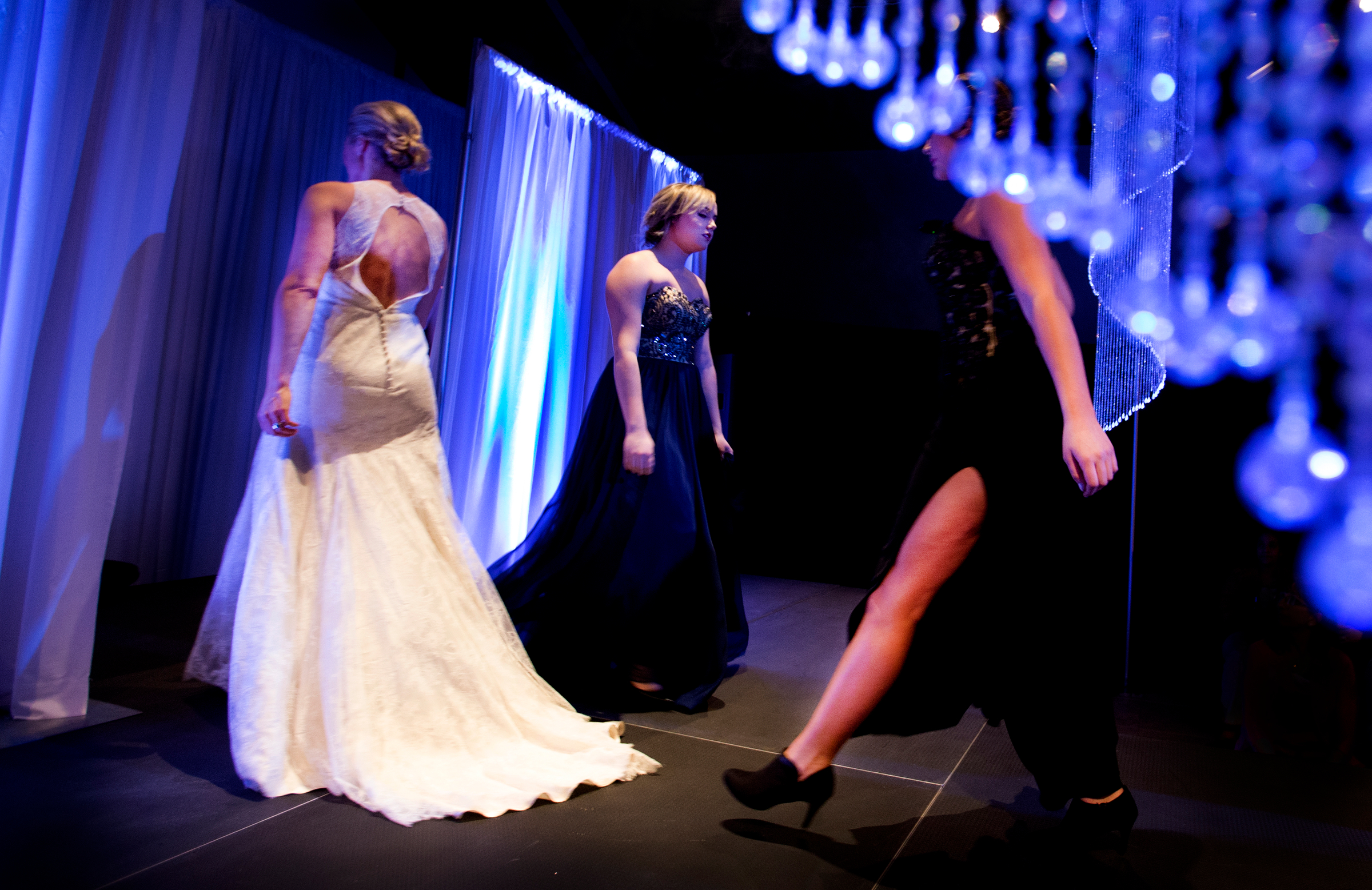 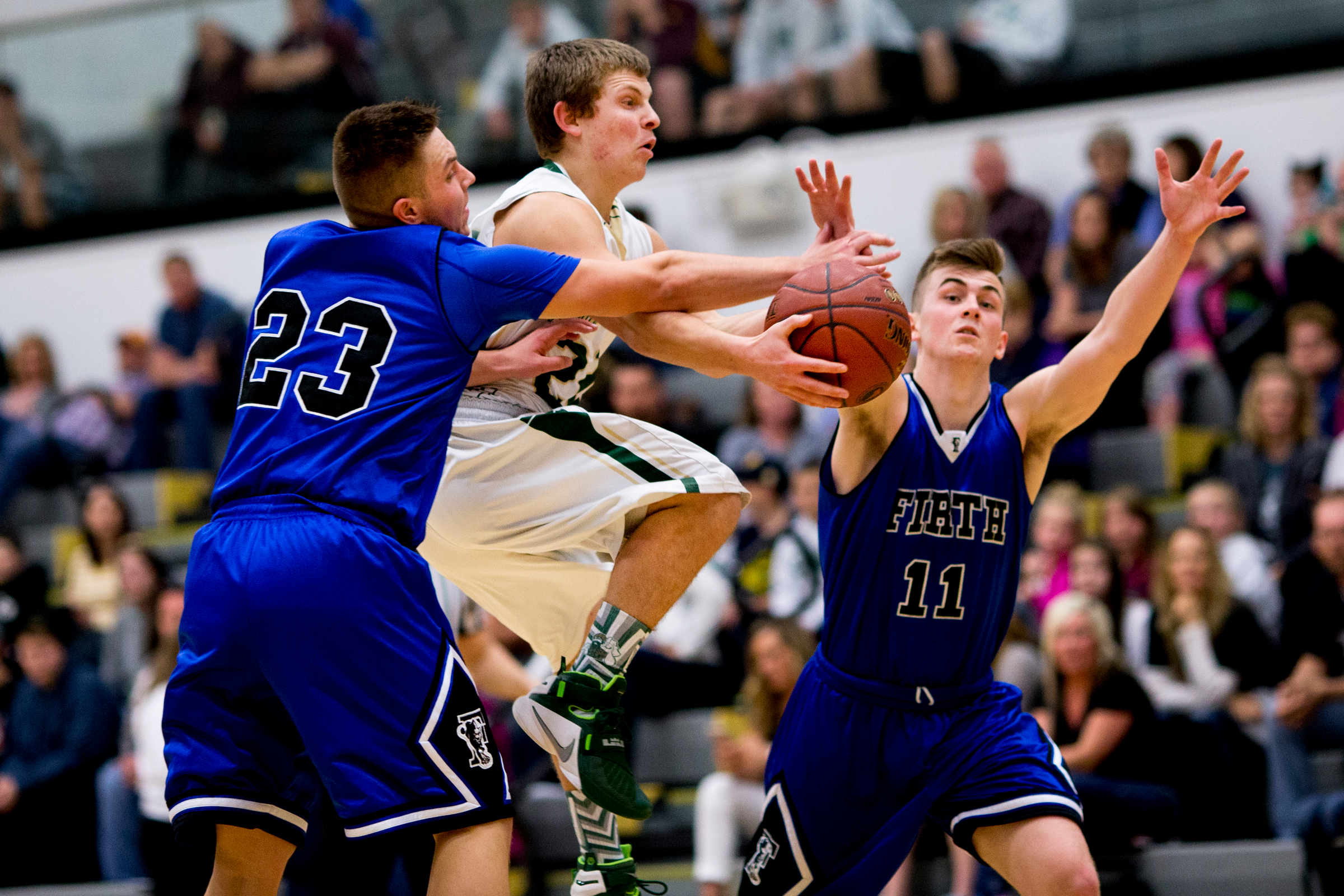 St. Maries guard Dakota Wilson, center, attempts to get a pass off as Firth guard Dylan Holley (23) and Lucas Orme defend at the 2A state semifinal game on Friday, March 4, 2016 at Capital High School in Boise. 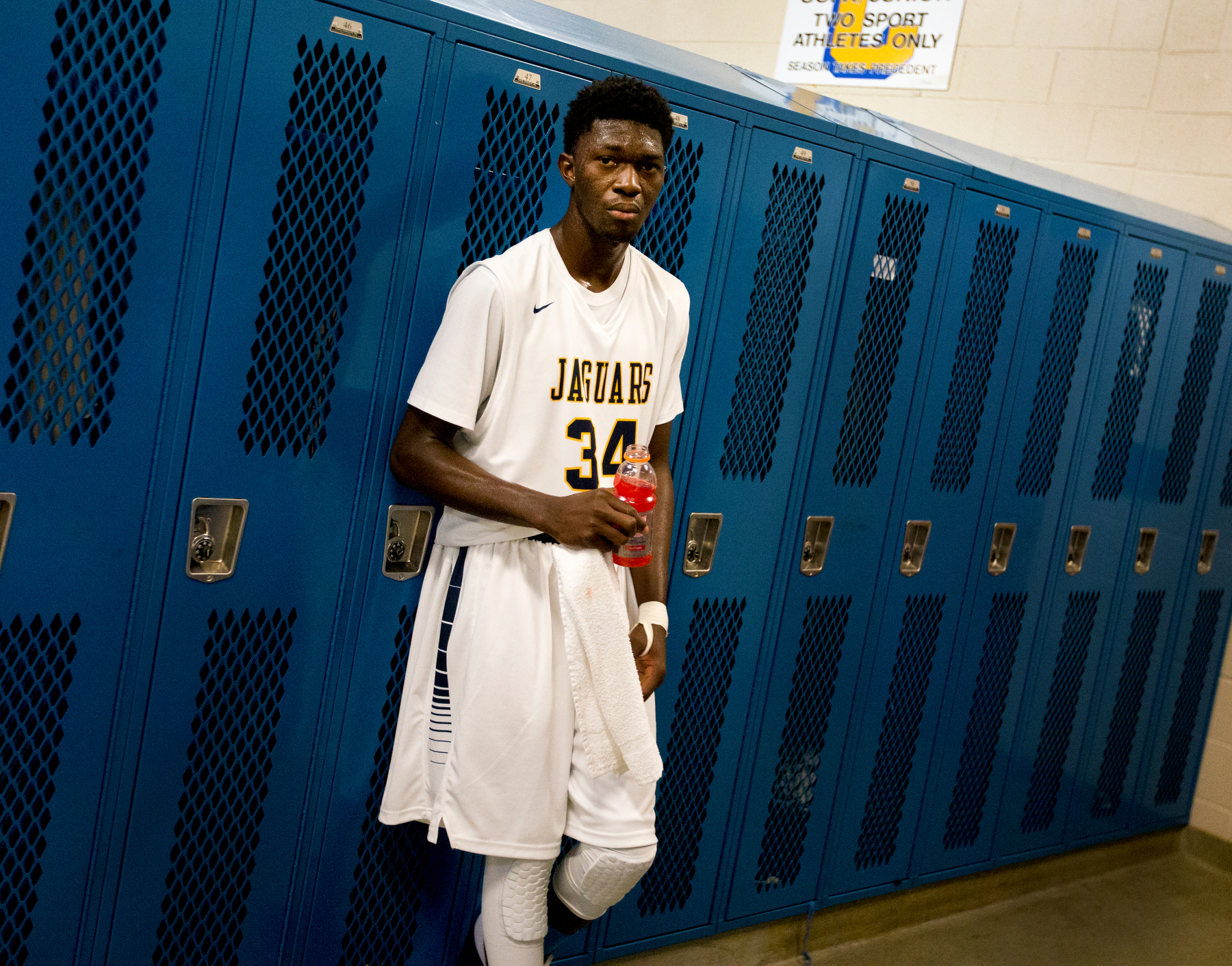 Genesis Prep forward Jackson Ebune rests in the locker room during halftime of the 1A Division II semifinal game on Friday, March 4, 2016 at Caldwell High School in Caldwell, Idaho. Genesis Prep fell to Council, 48-39, ending their chance at the state title. 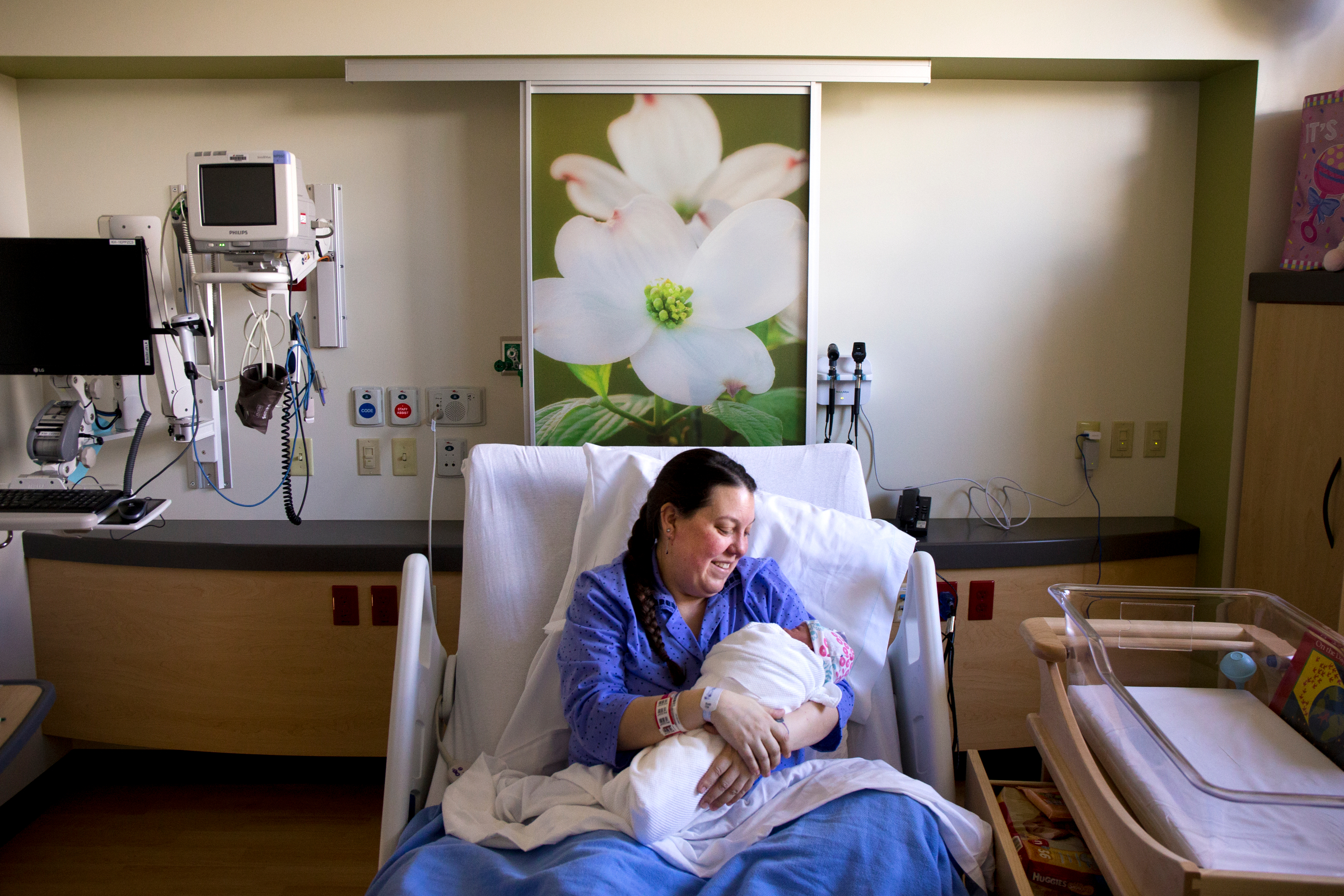 Danica Lafay DeMoy-Allers, the first baby born in the new McIntire Birthing Center at Kootenai Health, is held by her mother Tessa DeMoy on Wednesday, March 16, 2016. Danica was born Tuesday evening at seven pounds, 11 ounces, and a lengthy 21.5 inches long. The state-of-the-art McIntire Birthing Center was open for eight hours when Danica was born. 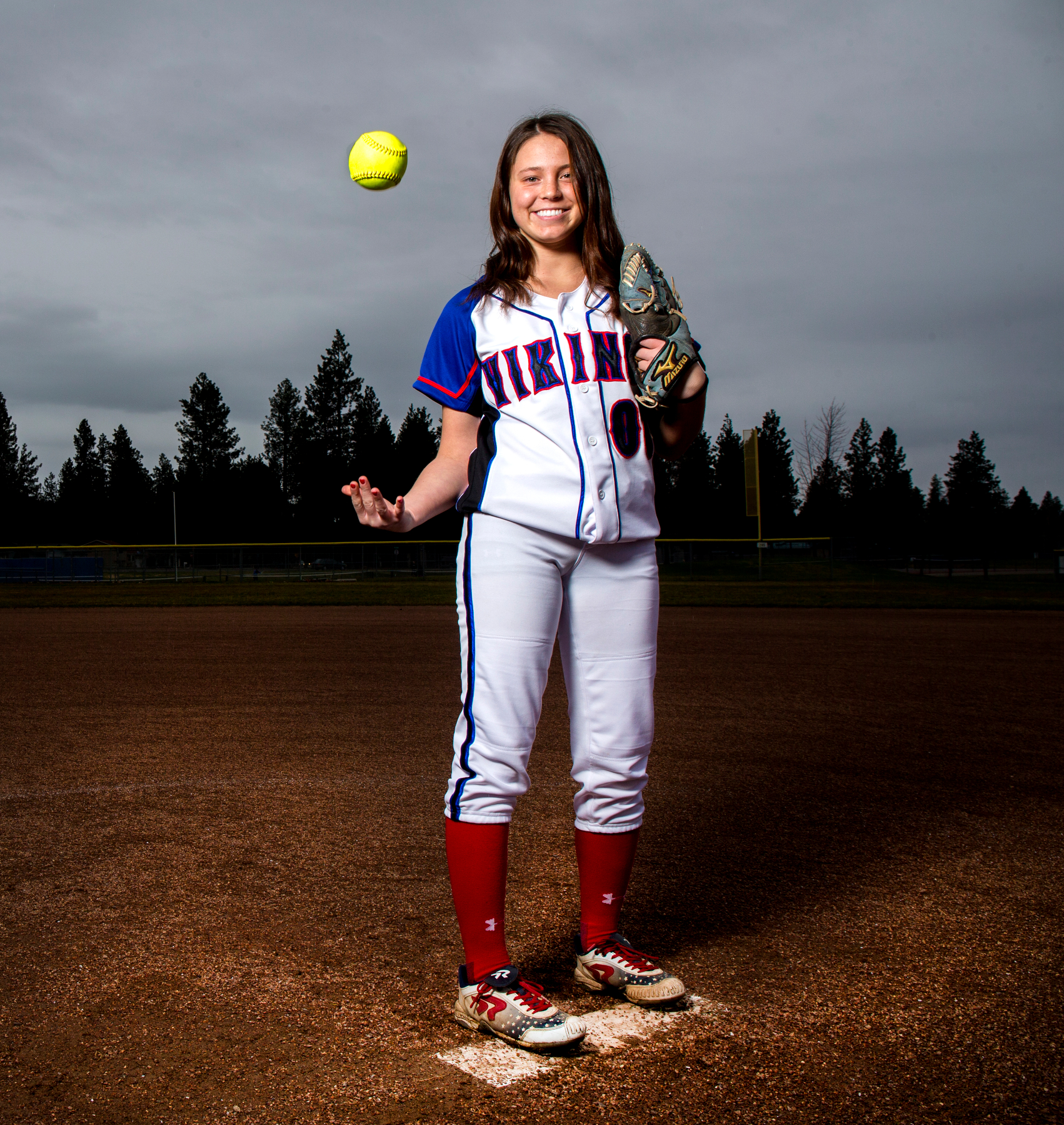 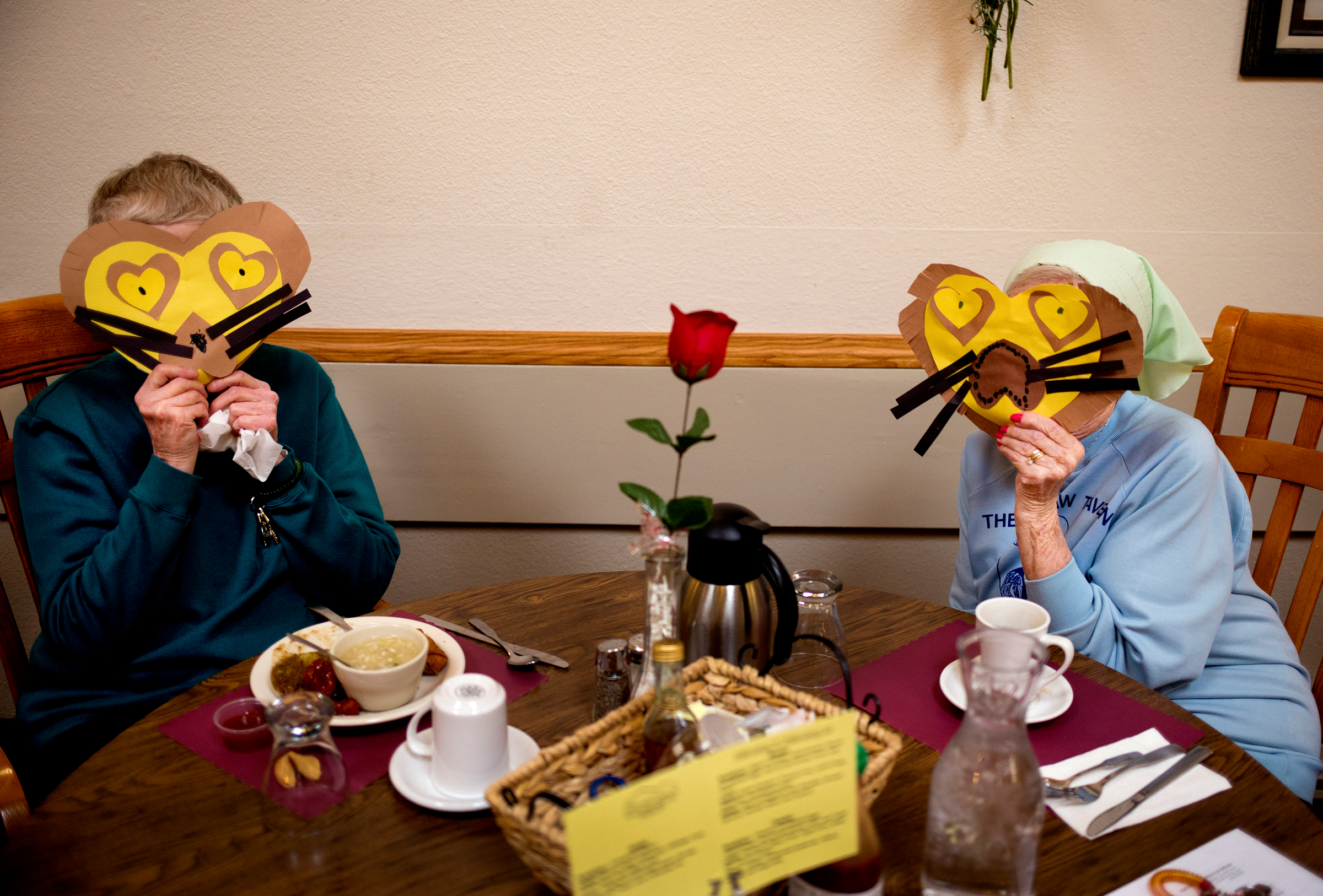 Valentine's Day at a retirement home. 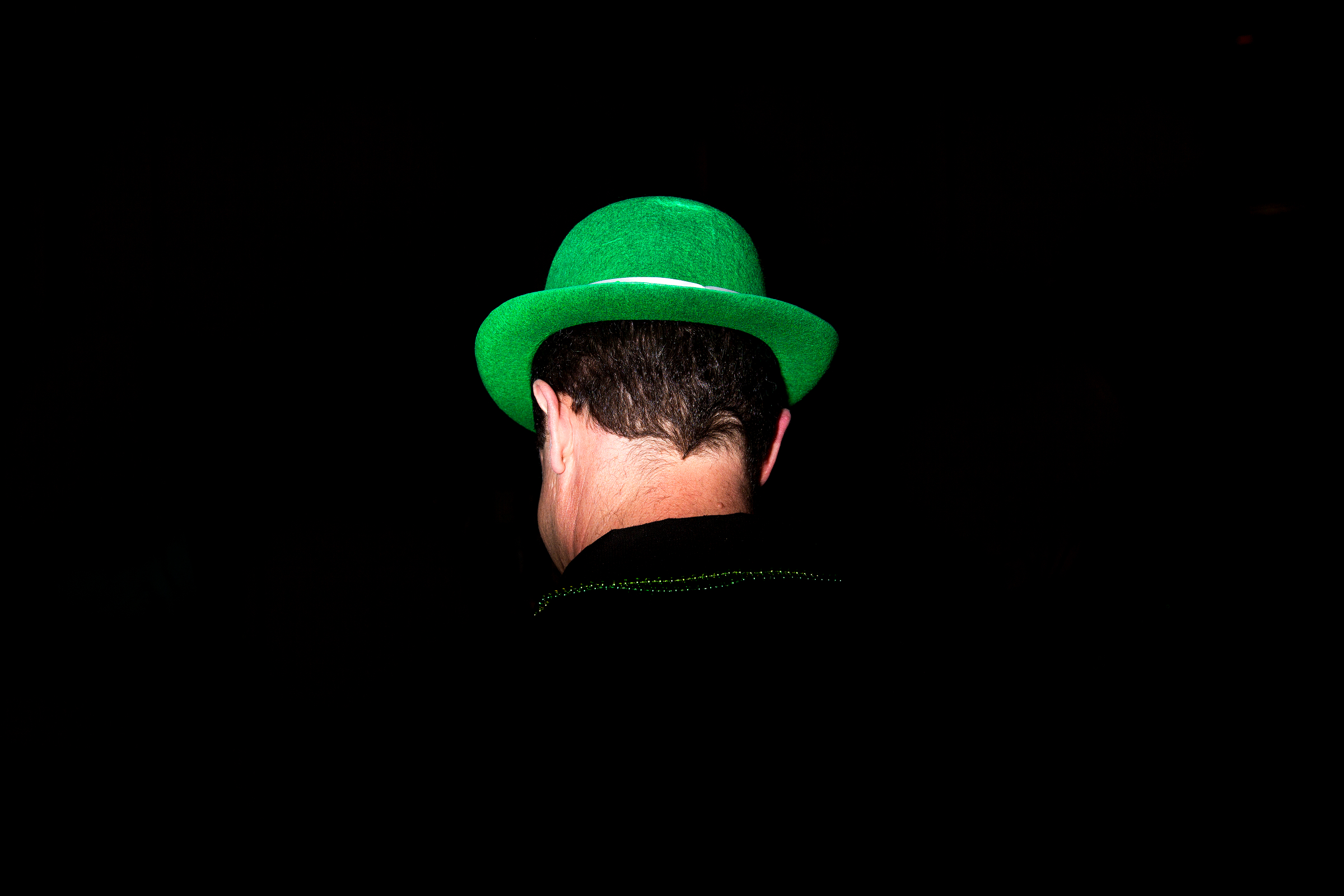 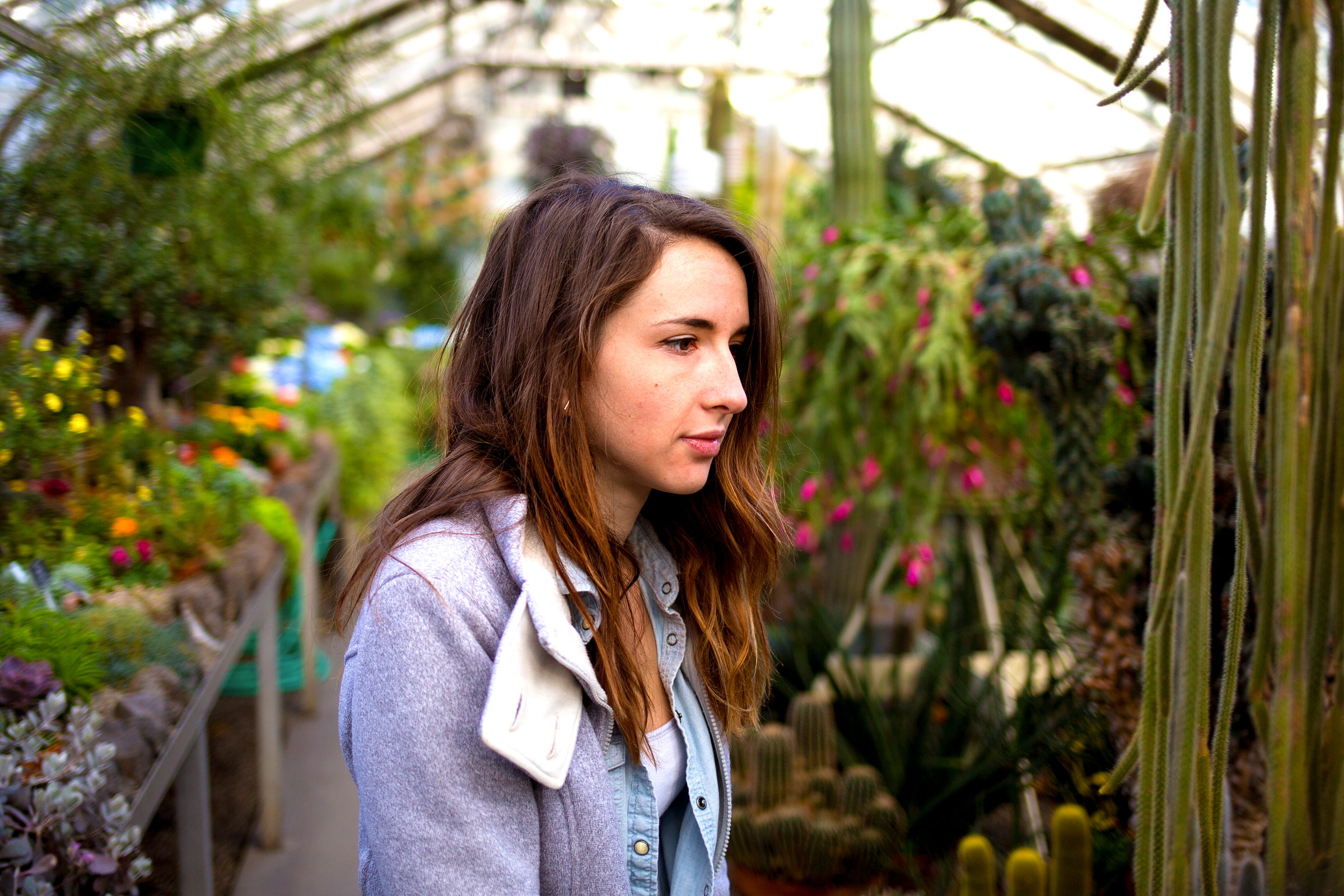 Amelia, when we explored Manito Park together in March. She is more colorful than any of the flora in the greenhouses. 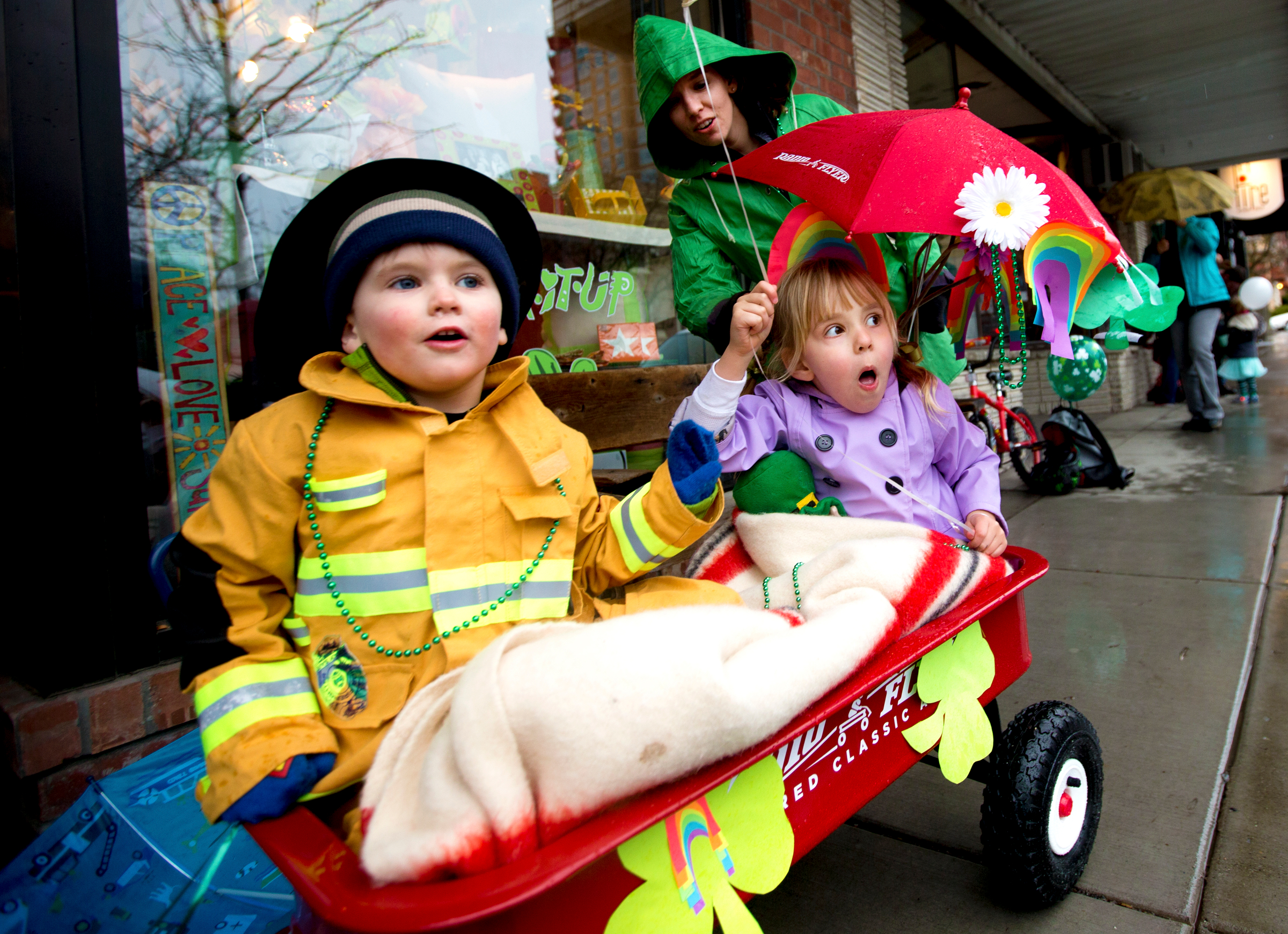 From their Radio Flyer wagon, Mason Sheckler, left, and Scarlet Wood, both four, watch horses trot by during the St. Patrick's Day Parade on Sherman Avenue on March 12, 2016 in Coeur d'Alene. 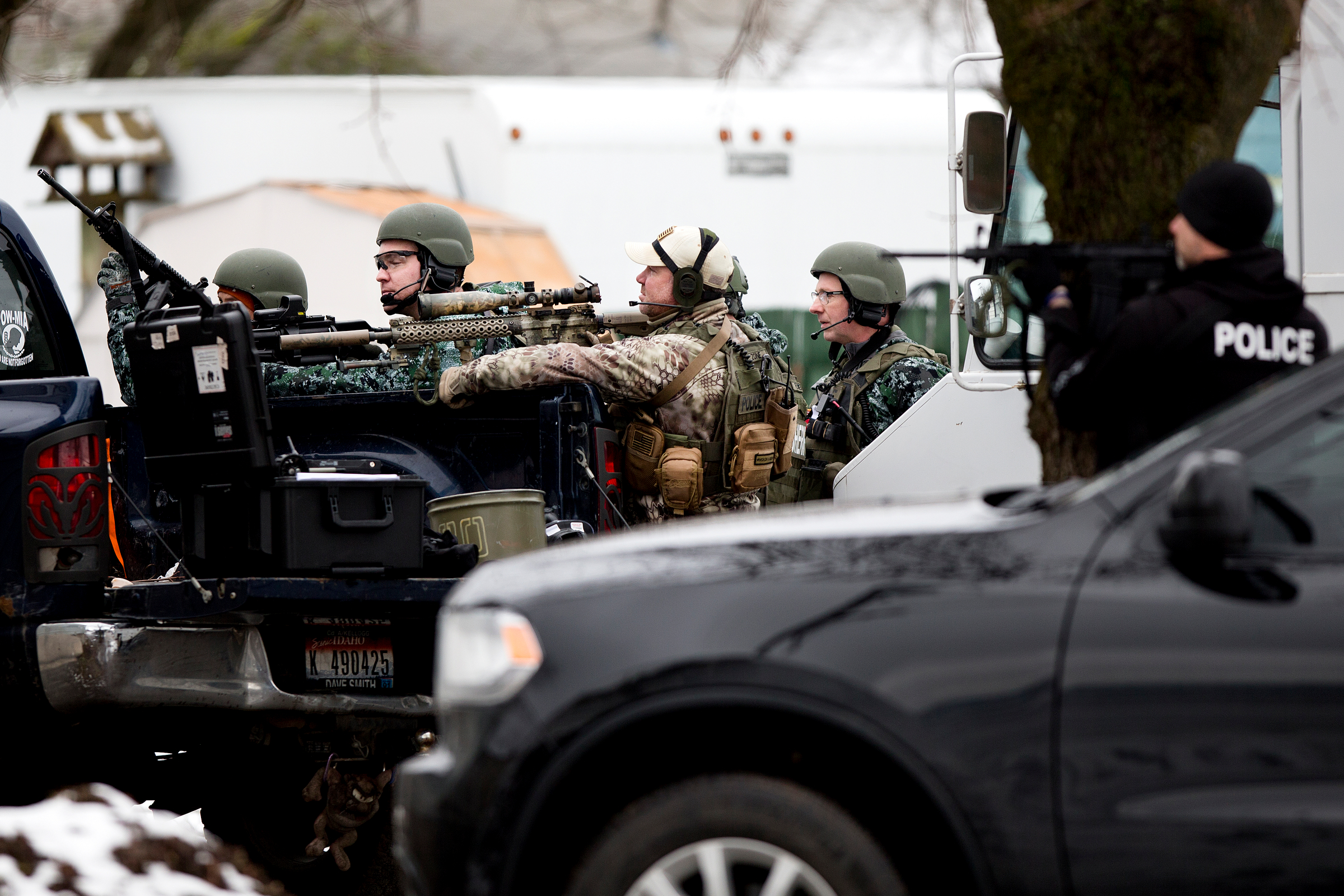 Members of the Kootenai County Sheriff and Coeur d'Alene Police SWAT teams closely watch a residence on Best Avenue occupied by 22-year-old Brandon Kremer of Post Falls on Thursday, Feb. 4, 2016 in Coeur d'Alene. Kremer, who has multiple felony warrants, was arrested after a standoff with law enforcement. 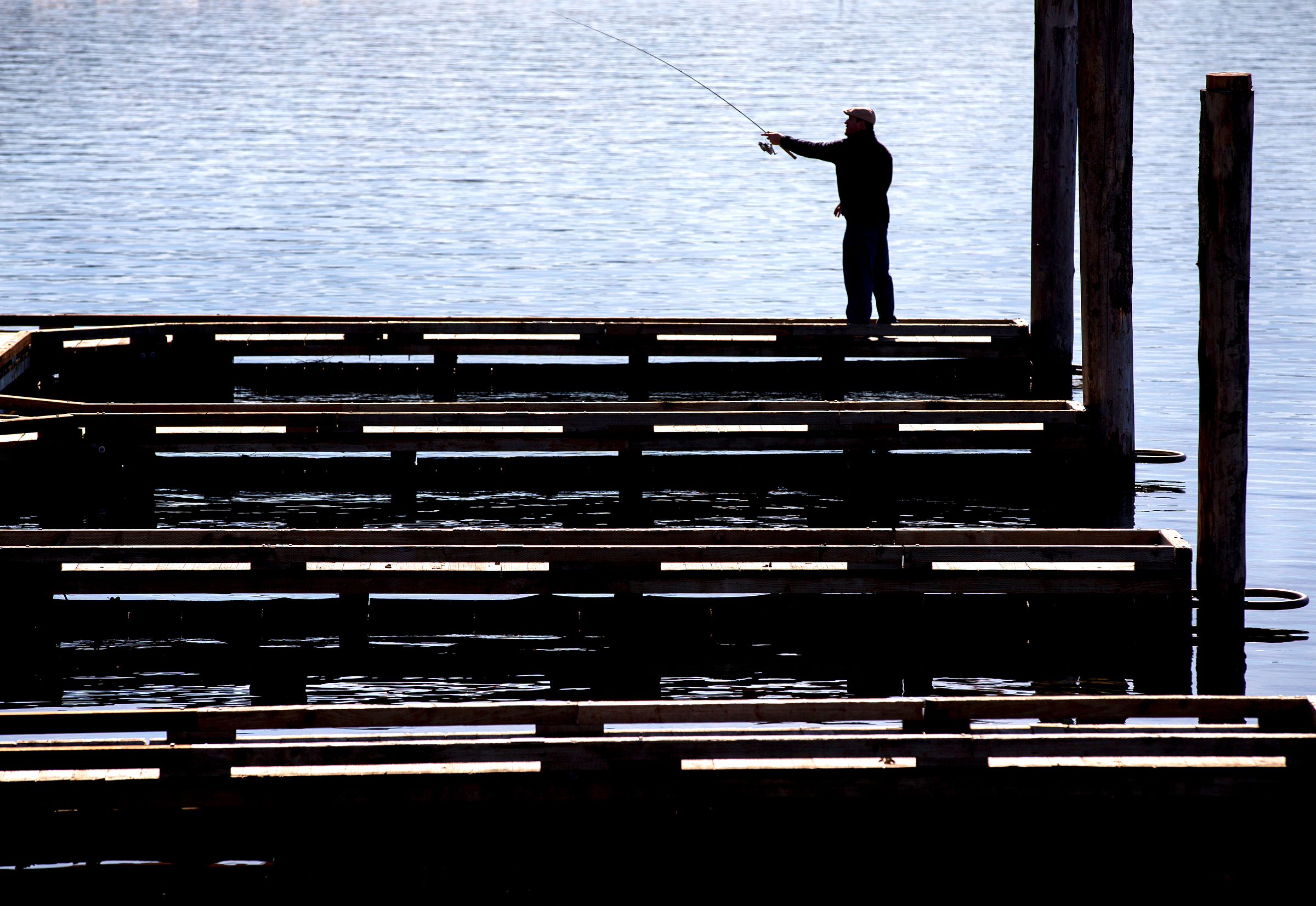 Ammon Wilhelm of Boise casts a fishing line on Tuesday, Feb. 23, 2016 while fishing off the Coeur d'Alene Resort Marina. 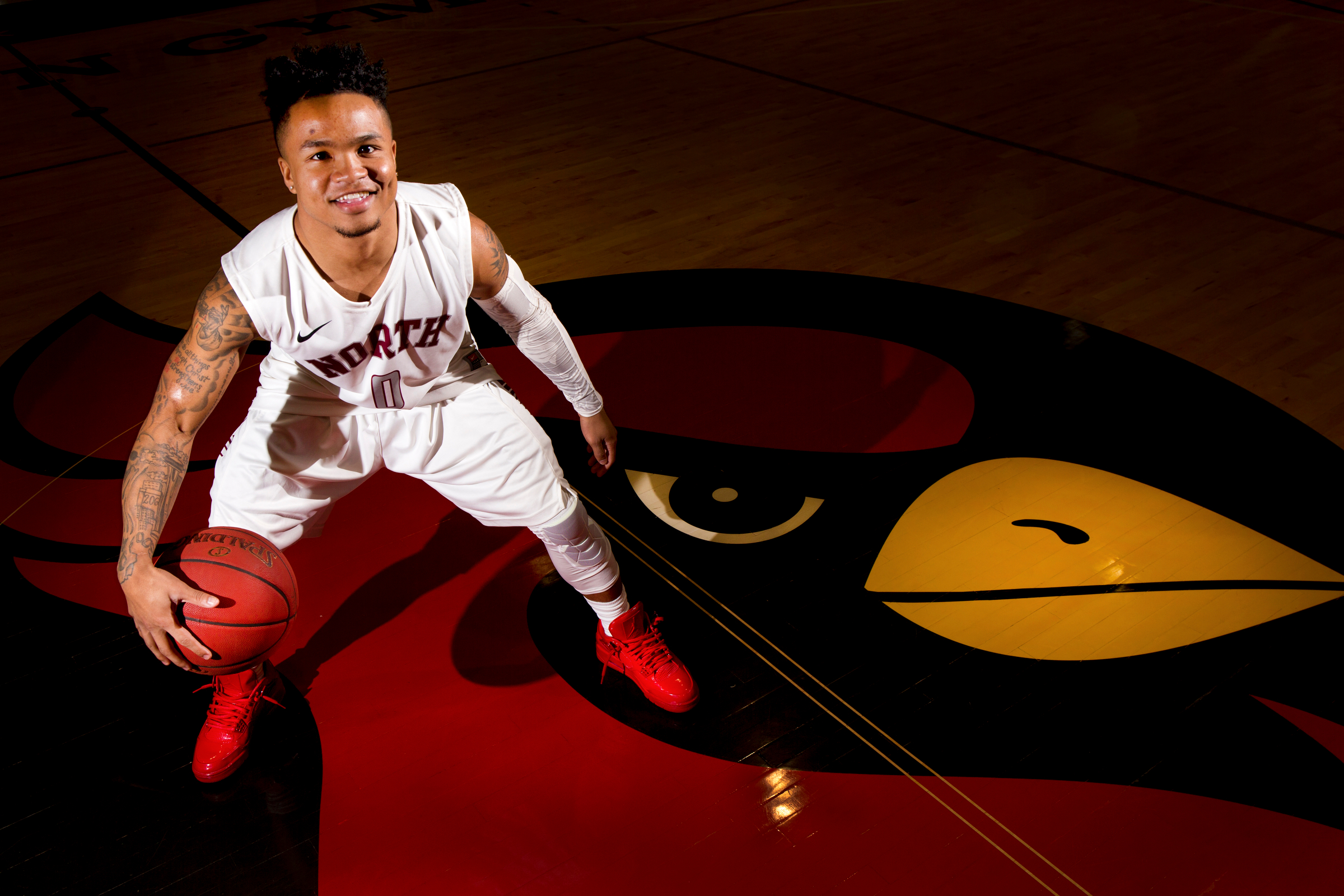 Sam Dowd is a redshirt freshman point guard for North Idaho College. Due to a troubled home life in his youth, Dowd bounced from house to house, living with coaches and friends in Seattle. New life was brought to Dowd when he entered high school, when he was welcomed to a family in Spokane, Wash., where he played for Gonzaga Preparatory School. He is photographed here on March 11, 2016. 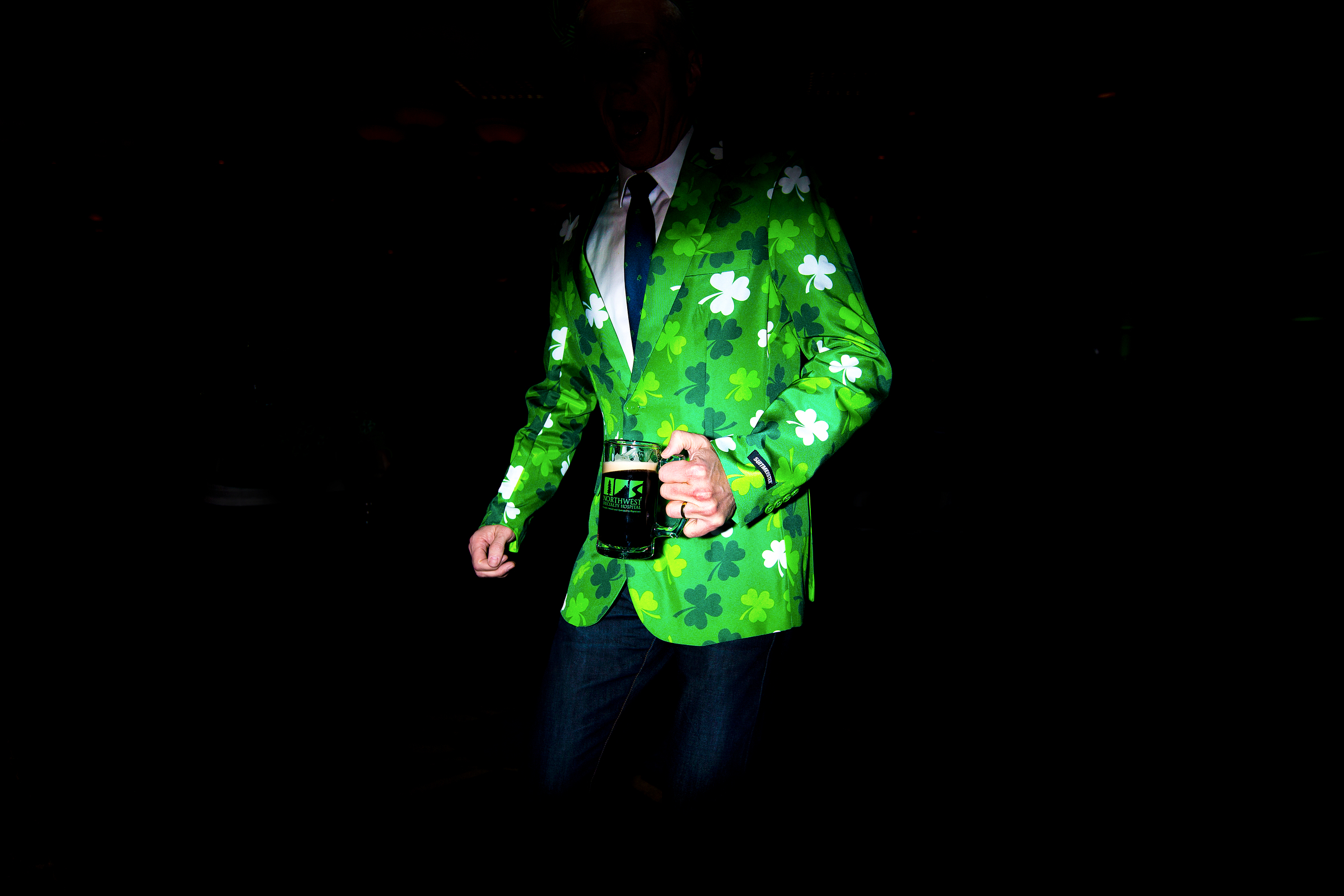 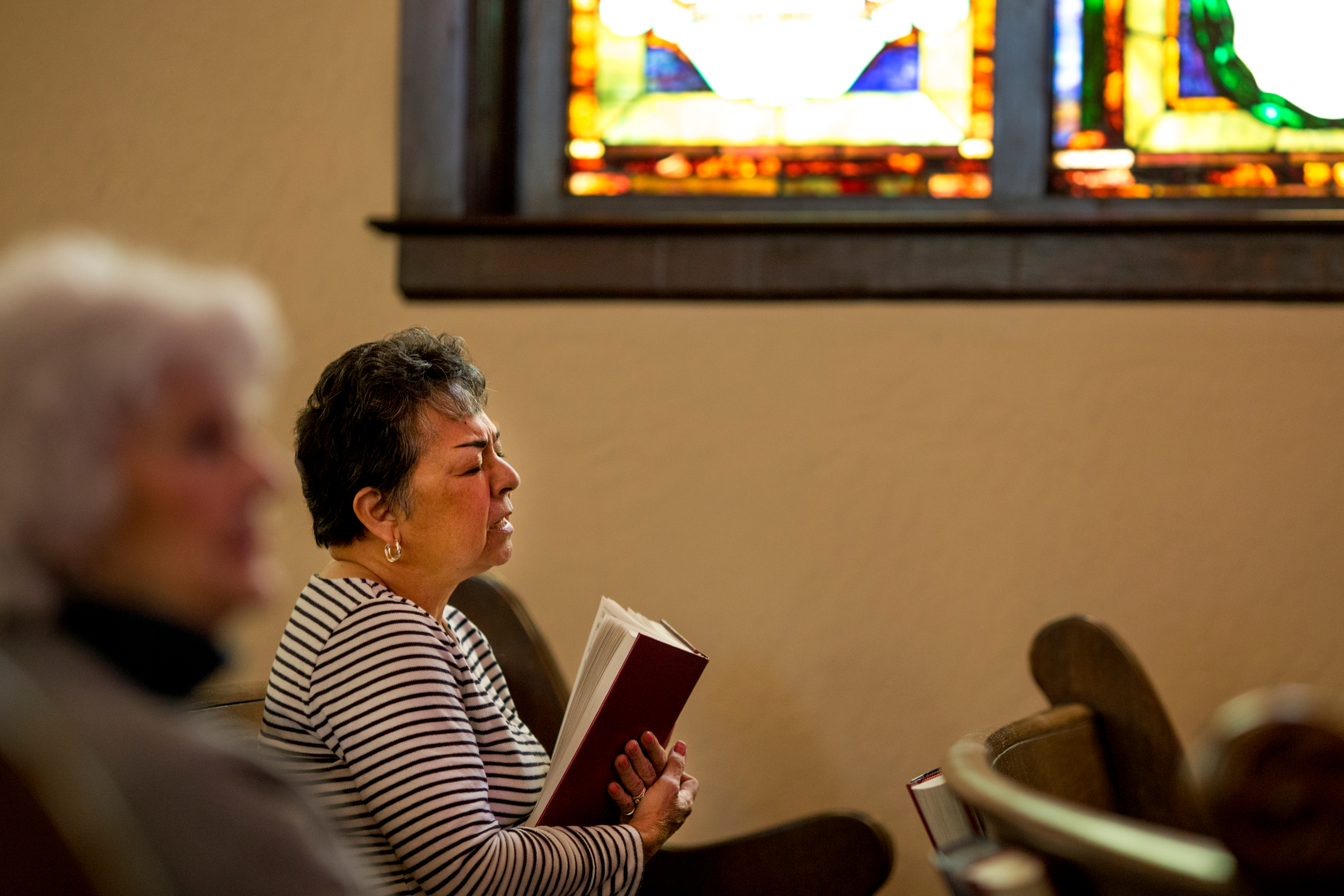 Linda Jones, who has attended the First Presbyterian Church of Coeur d'Alene for two decades, sings a hymn on March 24, 2016 at the church's Stations of the Cross gathering in Coeur d'Alene. 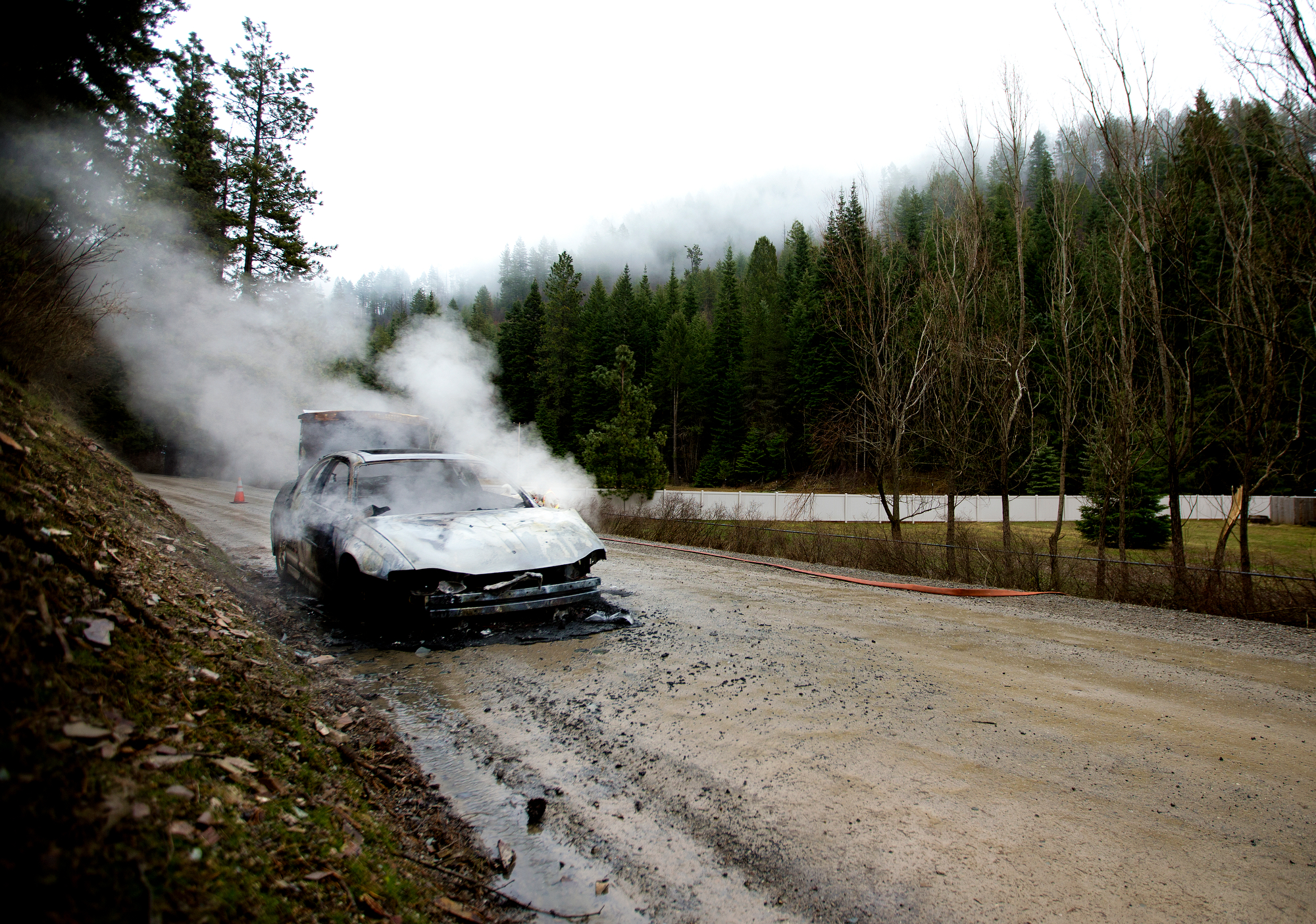 A sedan smolders after fire fighters extinguish flames that consumed it on March 1, 2016 on Nettleton Gulch Road in Coeur d'Alene. The driver noticed flames coming from the hood of the car while she was driving, and escaped along with her two dogs with no injuries. A mechanical malfunction caused the fire.

Things change, and you just have to adapt quickly and roll with whatever comes your way in order to stay on your feet. I found a mantra, if you will, that I like to live by: Be happy with where you are, but don't ever be satisfied. Like beer. Be happy with one, but don't be content with only two.

As always, thank you for looking.